Temporary use as a new right to the city

Temporary use of the "Tri postal"

Our project is the result of a joint reflexion motivated by a willingness to question the urban ways of living. It proposes a new reading of the Right to the City through the temporary use.It takes place in Brussels, where 6.5 m m2 of built places remain empty, and stands as three complementary volumes : a manifesto, a how-to guide and a practical example. 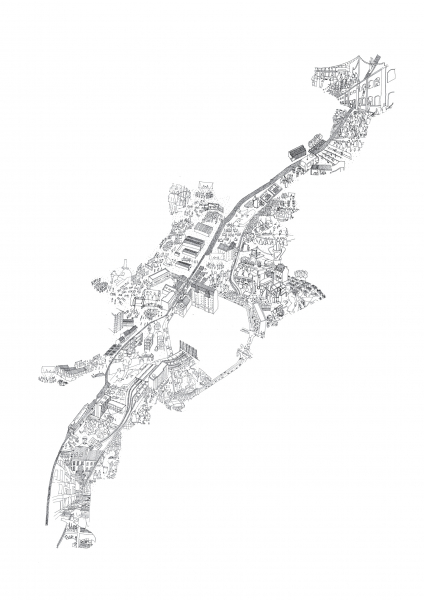 DOWN WITH THE COMMERCIAL SOCIETY... LONG LIVE THE RIGHT TO THE CITY! In a time when turns the living place into merchandise, in a time when the words like « ecological crisis », « housing crisis », « empty property », « increase in levels of precarity and poverty», « lack of inclusion » and « individualism » sound like the symptoms of a sick society. The temporary use as a tool of spatial and political resistance is seen not only as a warning bell against the capitalist organisation of cities but also as a new reading of the urban environments and a new way of living centered on the human being and his social relationships.

The project takes the form of three complementary books dealing with temporary use as a "new" right to the city. Their comments choose to be critical, political, practical and claiming. Sometimes abstract, sometimes concrete, in no case do these books claim to be a single and unchanging truth. The first volume takes the form of a critical writing. It gives a clear picture of contemporary societal issues related to temporary use. It attempts to demonstrate that the reflection around these opportunities emerged in the 1950s in the writings of Henri Lefebvre, David Harvey, Yonna Friedman and Guy Debord and the Situationists. It shows the importance of the concept of temporary use in the future transformation of the city and of society. The second volume is rather a practical manual. It helps to organize a temporary occupation. It offers a serie of answers to the questions that punctuate the process. It provides tools for architectural reflection, so that the occupants can design their project in all its dimensions: spatial, urban, social. At last, it questions the architect on his place in such a project. Finally, the last volume offers a practical application of the theoretical concepts of the first two books. It deals with a concrete act. The call for projects for the temporary use of the Tri Postal in the Gare du Midi in Brussels that had been launched in mid-March 2019. With this competition came the unexpected opportunity for us to confront our ideas with the urban reality of Brussels, on an emblematic building of more than 10,000 m2, and with a participative project stemming from citizen programming in the complex context of an international station. The Tri Postal is now open to the public, because of to the incredible determination of the “Communa” ASBL (non profit organization), with whom we were fortunate to share. Thus become a living reality and took shape our social views and our spatial and political proposals in this development. 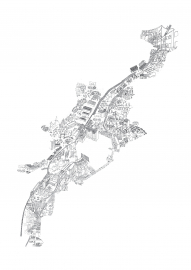 The 20th commune of Brussels 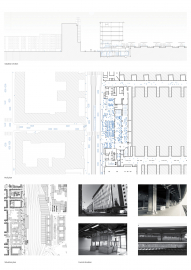 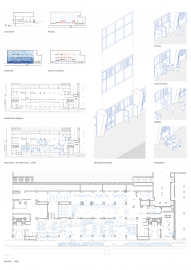 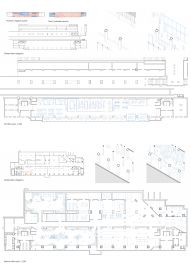 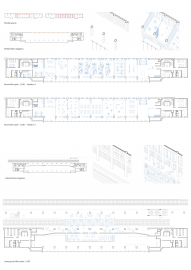 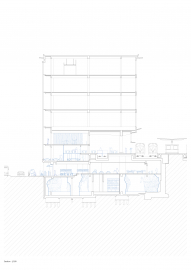 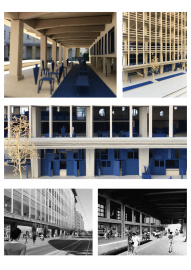