The Floating embassy collates societal, economic & governmental programmes for an excluded & under-represented population of Beijing; Rural-Migrants. Through collaging scalar-samples throughout the city, It exists as a symbolic monument to Beijing’s fragmented urban condition & population, in an experiential microcosm. 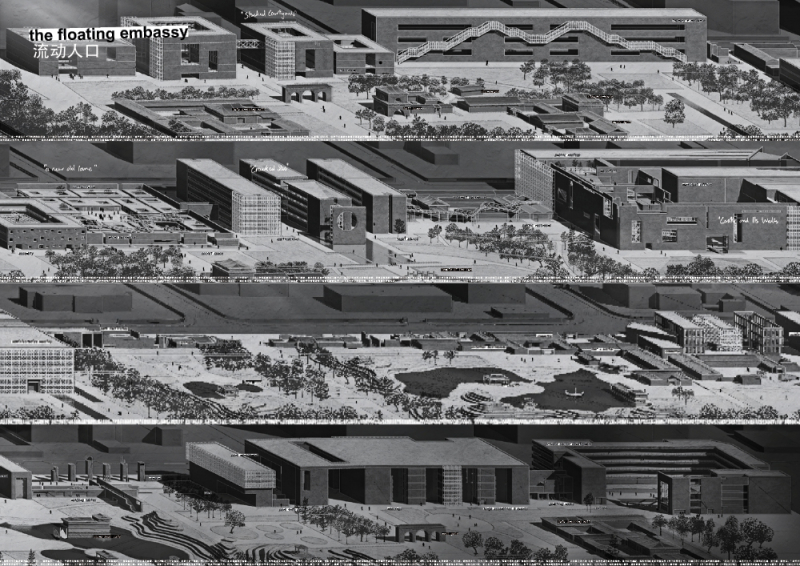 United Streetscapes: Architectural interventions for a Streetscape Embassy "As part of radically changing geopolitical relationships at a global scale, tensions of a nationalistic and protectionist nature arise increasingly, often affecting the actual built environment we use and inhabit” - Prof. Dr. Arch. Kris Scheerlinck. The brief was to develop and design an alternative architectural model for an open embassy, specifically for citizens that are denied access to certain countries, refugees, displaced ethnic groups, unheard minority groups etc. The building should be conceived as a fully collective space and as an extension of the surrounding streetscapes.

China’s headlong rush to modernity, meteoric economic rise and schizophrenic urban growth has relied on the work force of hundreds of millions of Rural-Migrants which moved to swelling cities in search of advantageous economic conditions. Although they were fundamental in China’s transformation, Today Rural-Migrants remain trapped at the margins of urban society, due to a population registration system called the Hukou. Over 7 million Rural-Migrants account for almost 40% of the population in Beijing, yet there exists no official or collective representation. The proposal is an embassy for this excluded and under-represented portion of the population. It is an ambitiously holistic attempt to re-frame societal thought through a representation & physical manifestation of China’s most problematic immigration issue. Since the 1960s Beijing’s vernacular pedestrian-scale urban tissue came under pressure. Historical residential neighbourhoods were surgically removed & grafted with tracts of generic topdown-planned urban blocks. The human scale became a victim of modernisation. Beijing’s urban fabric now exists as a multi-scalar phenomenon which is defined by fragmentation. The Floating Embassy is a symbolic collage of these varying scales, attempting to represent the city; it’s scales & populations, in an experiential urban microcosm. Following the streetscape-orientated brief, the design attempts to critically question, exaggerate & explore the territorial boundary as a typology itself. The architectural expression evokes the imagery of ruins as a means to critically reflect upon the relentless aspirations of modernity within the Chinese capital. The embassy exists as an enduring, ageing monument to a population defined by impermanence. And through a utilitarian use of scaffolding, parts of embassy also appear under a perpetual state of construction. Visible notions of creation & destruction are therefore abstracted. The Floating embassy evokes an ambiguous, unfolding & symbolic sense of both preservation & construction of Beijing’s urbanism and society. 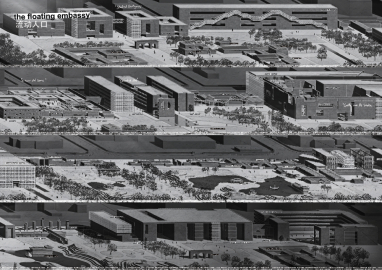 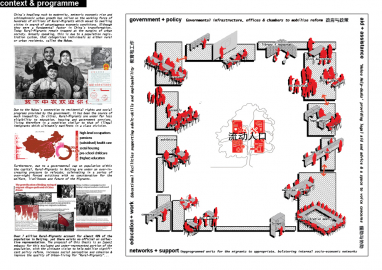 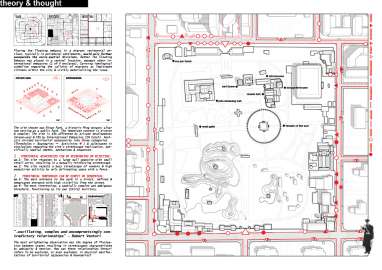 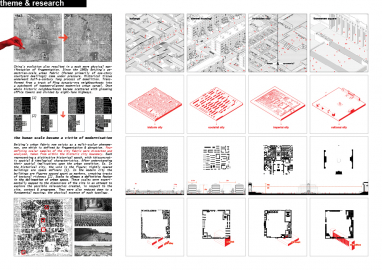 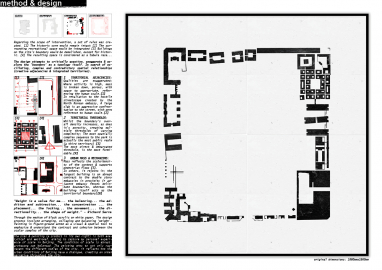 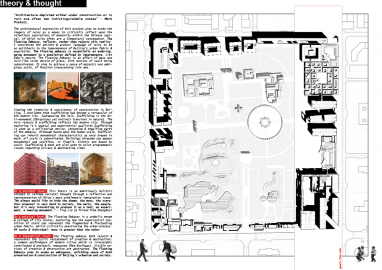 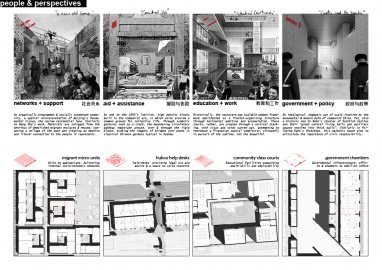