in virtue of time

a social project in northern Bangladesh

The project focuses on the design of a trainingcenter and a dormitory for students from ethnic minorities in the northern part of Bangladesh. Tackeling important issues like focusing on the use of local material as well as the available human force and strengthening existing local traditions, are key elements of the overall work. 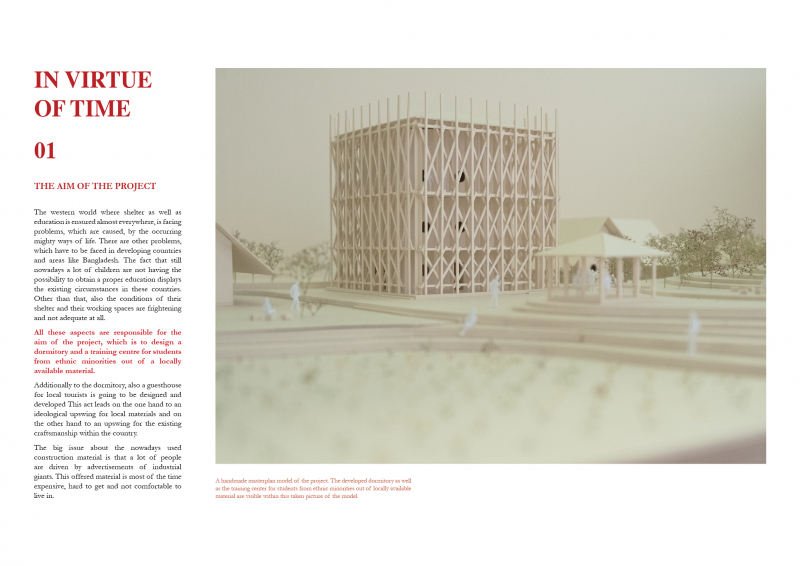 The aim of the project ‘in virtue of time’ is to design a training centre and a dormitory for students from ethnic minorities in Bangladesh. This project is going to be placed in ‘Jhenaigati’ which is close to the Indian boarder. According to the problematic situation of the different ethnicities in this area, the missing educational institutions and the inappropriate housing conditions, all the needed objects are developed. Designing those needed institutions while focusing on important topics such as, the use of local material, strengthening existing traditions and considering time as one of the main key drivers of the design, are the issues to confront.

The project proposes a needed training centre as well as the dormitory and a small guesthouse for local tourists on the plot of the aid organisation. The main idea on the urban scale factor is to design in small grain size to allow the students to get a feeling of being at home in their local community. Hence, different small huts, with different functions are arranged around two common courtyards for the living and housing properties of the students. The semi-private courtyards are offering cozy spaces to linger and to relax. One bigger building, which includes the secretary, the restaurant as well as the training centre, is positioned in-between those two areas, to work as an attention getter. By heading towards the south the visitor is reaching the small public ceremony space of the plot. Positioned on the most prominent and most beautiful place, this building follows the traditional guidelines of the surrounding. From this position it is also possible to reach the picnic area located on the top of the small hill, in the middle of the forest as well as the gardening and animal-keeping amenities. Getting one step closer in the architectural design aspect makes it clear that also in this part of the design process the traditional manner of building is incorporated into the project. Including new features allows the main building to be a role model for the other resident buildings of the plot. By including already known building technique as well as the existing strategy of building with bamboo common working methods are implemented but adapted partly. By creating buildings with a clay core and a surrounding bamboo construction with three storeys, the construction is getting to an so far unknown building height in this area which allows to take care of the precious building land. By inserting a newly developed knotting technique and a different type of construction joint it can be said that the project allows the factor time to be part of the whole design. 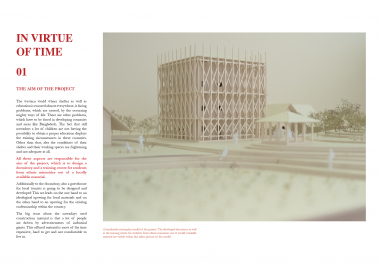 the aim of the project 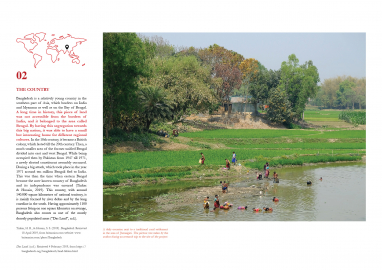 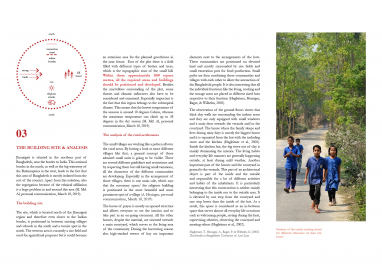 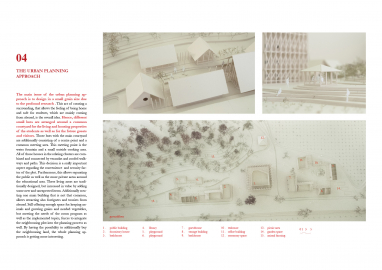 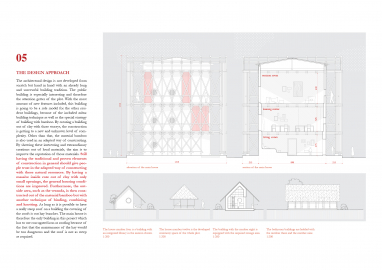 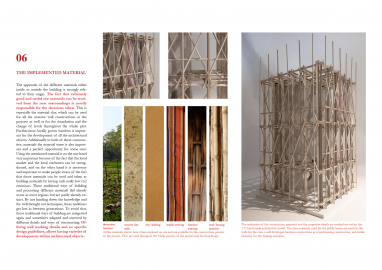 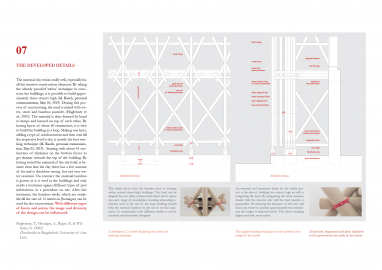 Institute of Architecture and Planning