Re/ defining the urban Andes through Ayacucho's water urbanism

The project rethinks the relation between water management, urbanisation and the role of self-steering local communities in times of climate change compromising the water supply for the city of Ayacucho, Peru. It detects leftover spaces in the urban fabric and activates them as water recycling infrastructures generating generous public space. 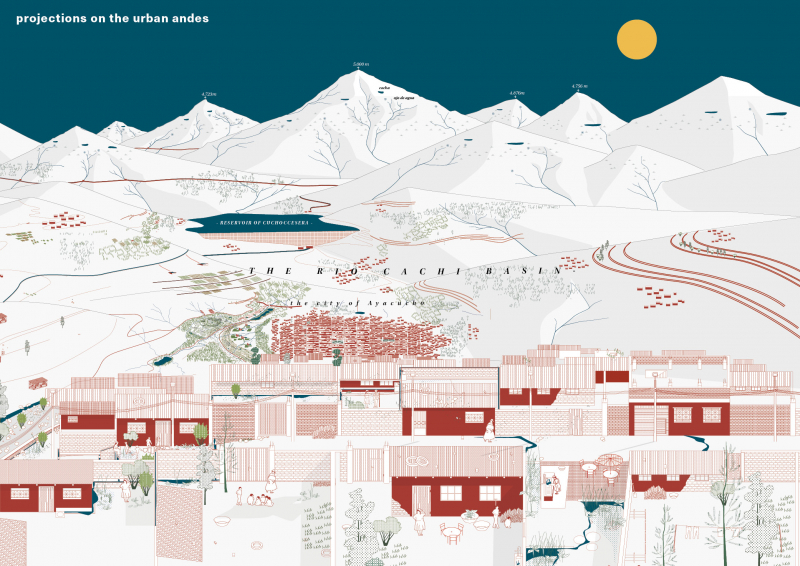 Nested in the semi-arid Andes, Ayacucho is one of Peru’s fastest growing cities: in the past ten years its population has increased sixfold. This growth, in combination with the water shortage due to climate change puts a great pressure on local urban livelihoods. At the same time, the ever increasing need for water compromises the original ecosystem of the Cachi River and its surrounding basin. How can the city cut down on its freshwater demand and exploit its own sources of water: buffering and recycling rain- and wastewater? Embedding water recycling infrastructure into public space and relating it to the shared culture of water and sense of community are important foundations for local involvement.

FOCUS ON THE PERIPHERY. The project focuses on the outskirts of the city. These ‘borders’ of the city have a strategic importance: that’s where the blueprint of the future city is drawn by self-organising squatter settlements building their own road systems and infrastructure. We propose to embed clever, low-tech water recycling infrastructures early-on in the urban fabric, so that it can consolidate together with the city. ARCHITECTURE WITHOUT ARCHITECTS. Given this context, a new question arises: how to position oneself as a designer in a context where the ‘act of designing’ is absent. There are no architects, no urban planners, nor structural engineers. These people rely on local building knowledge and social structures of collaboration and reciprocity, based on ancient-long practices, deeply rooted in the Andean culture. Referring to and learning from that same Andean culture and its historical knowledge of water management is key in the proposed design. The project tries to re-root ancient Andean knowledge in the ‘urban’ Andean culture. The architect as translator, translating ancient, andean water infrastructures to a new, urban context. THREE TRANSLATIONS. With this approach in mind, I proposed three strategies. The neighbourhood of Mollepata as a case-study. The first strategy activates the leftover spaces, dispersed over the neighbourhood as a space for water infrastructure to buffer, filter, store and recycle water. At the same time, the resulting communal space strengthens the social platform for collaboration on the scale of the community. The second and third strategy work on the public scale: a public off-the-grid market hall recycling its own water and capturing the rainwater flowing down the streets. The third strategy improves the poor soil conditions of the Mollepata plateau by implementing a composting cycle. This would have an impact on the water retaining capacity of the soil.The combination of these three strategies could result in a network of projects that are embedded urban fabric and in the collective culture of urban development. 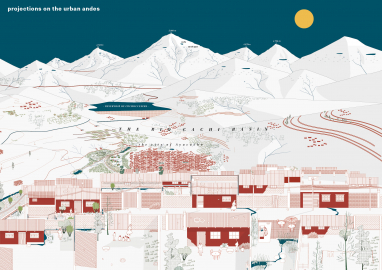 Projections on the Urban Andes 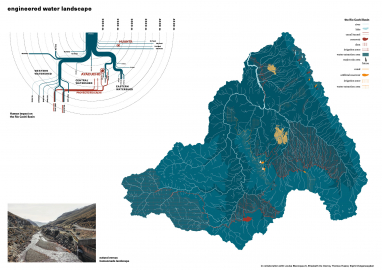 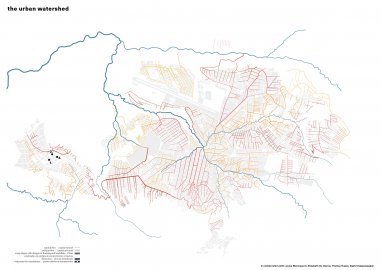 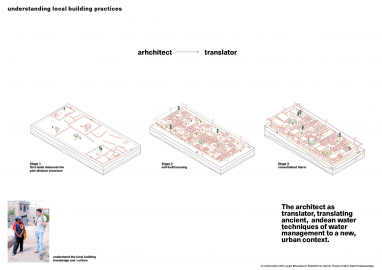 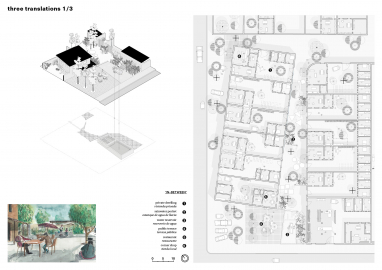 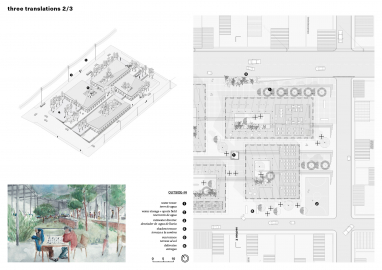 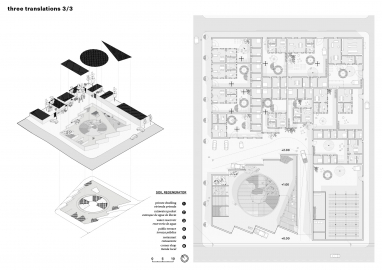