A SENSE OF HOME

An opportunity to improve social networks by making use of in-between spaces.

An improved network for homeless in Amsterdam by programming the in-between space. Using waste and flows to build new ‘rooms’ on a neighborhood scale. 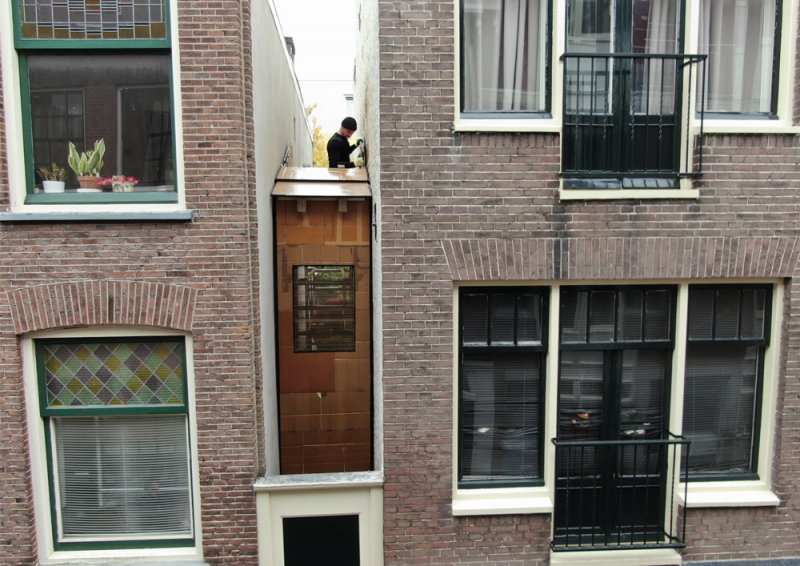 An experiment to meet unfulfilled needs and improve the sense of home for homeless by adding new rooms in the inbetween space of Amsterdam. These interventions made use of waste which give spatial meaning in a circular way of thinking.

This project started with a fascination by the concept of ‘feeling at home’. How does it work for homeless who don’t have a physical space to call home? To me, my role as an architect is to put social issues on the agenda and investigate spatial circular solutions. Even in our modern society, homelessness is on the rise. The government is failing in both prevention and reintegration. For as long as the urgency on a state level isn’t high enough, bottom-up alternatives must be found. But what do homeless actually need? To investigate this, I went undercover as a homeless for a week. I learned that homelessness has many different faces. One of the main insights was that homeless feel at home in their neighborhoods, but the basic rooms in their ‘home’, the living room, bedroom, kitchen and bathroom, are scattered across the city. To meet their daily needs they often have to travel far, causing a lot of stress and anxiety. There are plenty of unused spaces in the city where we could facilitate small scaled interventions. I used two of these spaces to make rooms in the neighborhoods where it was needed the most. A kitchen on the Dappermarkt called the Dapperkeuken and a bedroom in the Jordaan called the Bedsteeg. As a base, waste and flows were used to form these rooms. The Dapperkeuken was formed by harvesting waste from the market vendors to prepare meals. The Bedsteeg is made from collected waste cardboard that has been pressed and treated as a new modular building material. I did these experiments together with my family and friends. When people come together with a shared purpose, and it revolves around a virtuous act and creates a contagious conmection. The neighborhoods initially had their doubts about the project, but throughout the process they became involved and part of it. The role of an architect and architecture is a big discussion nowadays. This project shows that architecture is much more than just a building itself. If you listen, look and collaborate, architecture is not a goal but it can be a social connecting element. 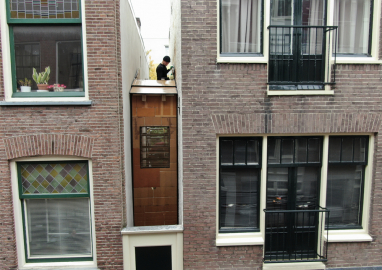 de bedsteeg - a cardboard bedroom for the homeless 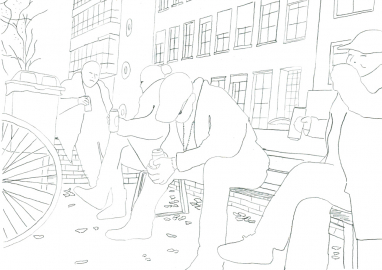 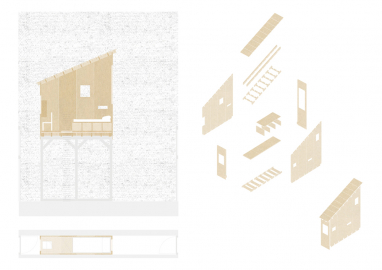 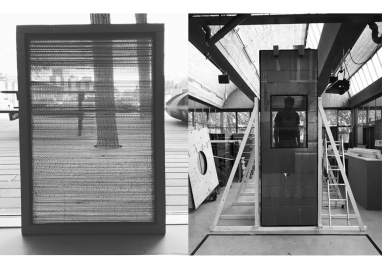 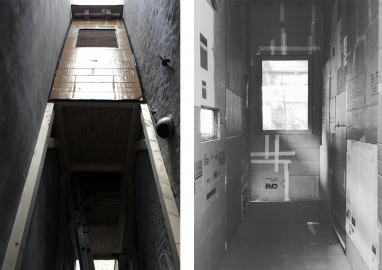 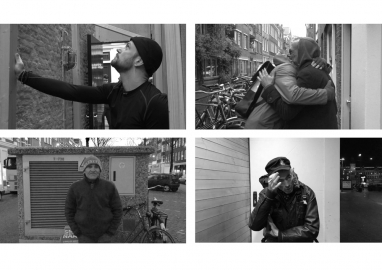 Amsterdam University of the Arts