The main theme of the work, which characterizes both the analytical and the proactive parts, is the visibility of the "campamentos" in Chile. It is about “showing”; to make visible a real city, because of its consistency and functions: the informal city. 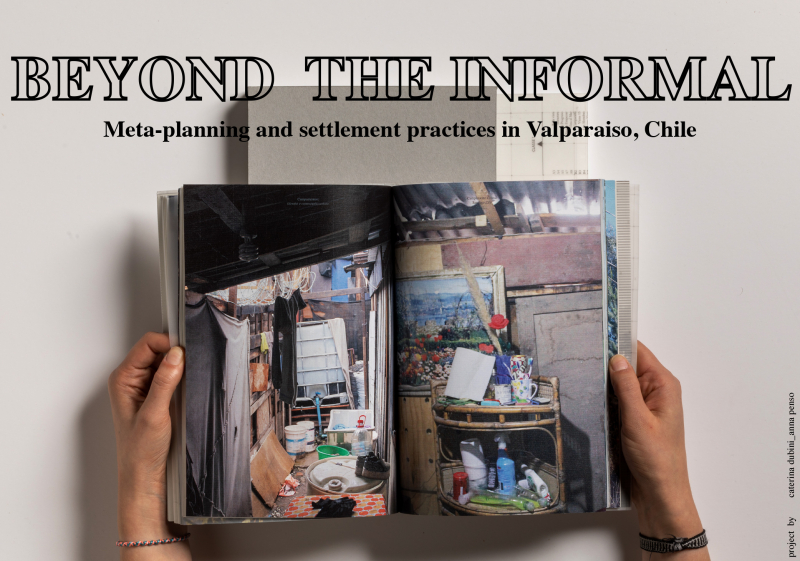 The hypothesis is that the city of Valparaiso is characterized by informality. So are its status and dynamics, its main cycle of life, but, also the over lapping of different lifecycles, presenting two distinct characteristics: the progressive and contextual being. Valparaiso arises from the overlying of a formal and informal fabric: it does not develop according to a pre-established and unitary model, but reflects a changing play between formal and informal dynamics. These are not two separate cities. The city is one and behaves like a unicum, where it is increasingly strengthened and increasing the informal as a determining element of growth, the additional share and its relations with the whole.

It is therefore useful to read the city from the logic of the informal, trying to understand the dynamics, the processes and the actions that informality brings to the construction of the city, as it feeds it and is articulated in it. The aim of the thesis is to analyze and highlight the processes of formation, transformation and consolidation of the neighborhoods of informal origin in the city of Valparaiso with the help of the architectural and urban language: a dive that recognizes the dynamics of urbanization and construction practices starting from a specific case within the city. If these processes exist and are strengthened over time it is appropriate to adopt new logic of analysis and design in accordance with the real needs of a marginalized and excluded population. The work consists of two phases. The first phase analyzes the phenomenon first at the scale of the city of Valparaiso followed by a multi-variate analysis focuses on a case study specific and the second one an architectural propose. After a direct experience with the inhabitants of the settlement we tried to apply the logics of the informal: being progressive and contextual at a design level. Contextual because the project responds to a local housing need, remaining consistent with the construction techniques, development logics and materials of the place, providing security against two natural disasters: fires and earthquakes. Progressive because, on a 6x9 metres concrete platform (that prevent and slow down fires), the basic 3x3 module can be assembled and expanded according to the will of the family living in the “campamento". The total absence of nails and metal in a structure entirely composed of wooden elements designed to fit together perfectly, facilitates self construction on site and makes the structure flexible both in its development and in responding to seismic shocks. 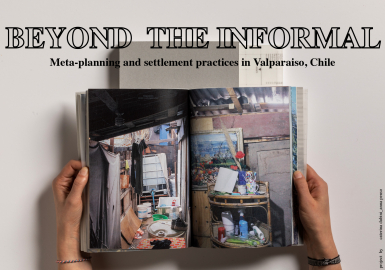 BEYOND THE INFORMAL: meta-planning and settlement practices in Valparaiso, Cile 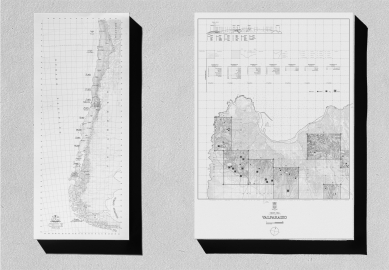 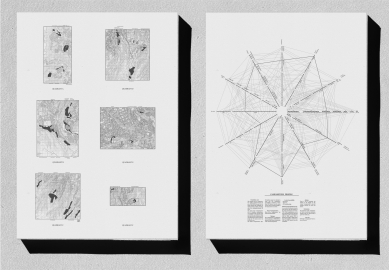 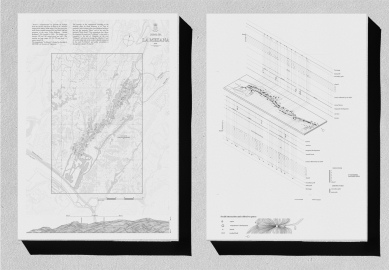 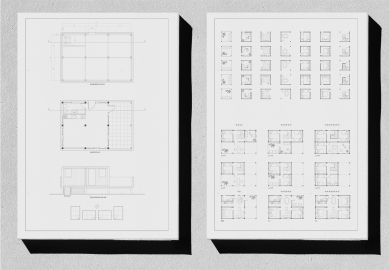 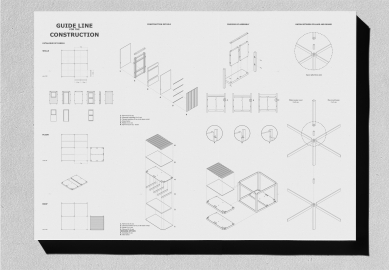 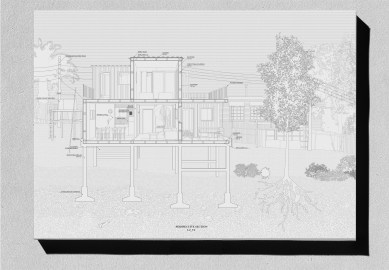 Perspective section of a housing type

Department of Architecture and Arts