Encounter on the path

This project aims to make the Pewenche mountain culture visible through the development of ecotourism. It is proposed as a space that gives rise to a shared cultural experience around the traditional act of harvesting the Araucaria seed. Also, recognize and approach a way of interpreting the territory that is inherent to the Pewenche people. 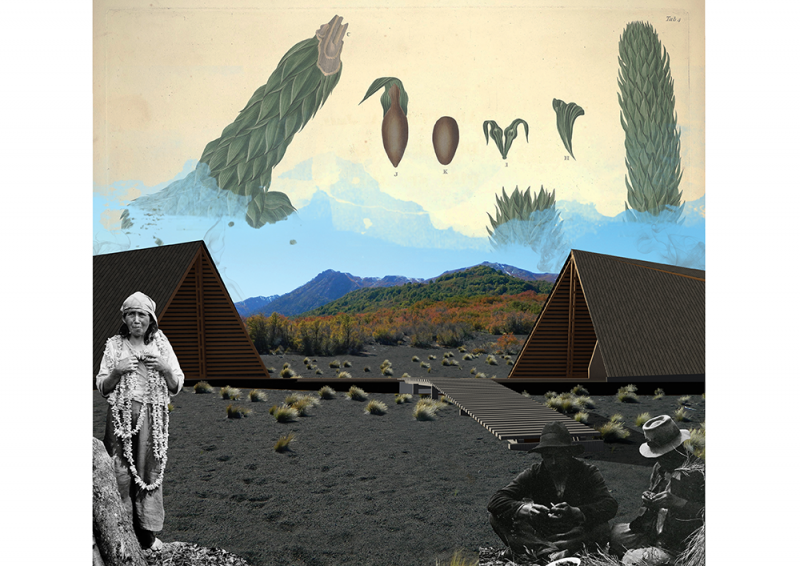 The Pewenche community of Quinquén has managed to preserve the traditional sense of its way of life, based on mobility and spatial articulation through the route of trails, elements considered as their own and whereby their identity is transmitted and renewed. This is due to a continuous process of revitalization of traditional Pewenches practices, who have chosen to promote ecotourism as a mechanism to protect their territory and culture, a need that requires the support of architecture. However, this raises questions about the place that architecture can occupy in the Pewenche territory, and how it should approach a culture defined by an interpretative way of being.

While explaining the proposal, definitions such as "shelter" or "station" are imprecise and not very appropriate since the project is not only a stop or a pause in the journey, but there is also the intention to meet on the way. The project is understood as a meeting place where to share an intercultural experience around the travel of the harvesting trails. It proposes a space that allows the visitor to recognize a different culture, as well as the Pewenche to involve and make the visitor participate in a traditional act that is part of their daily life. This traditional act consists of the harvesting of the Araucaria seeds, an activity that provides sustenance to the families of the community and that lacks space for the arrival of visitors as well as for the treatment of this nut. Based on this premise, the project creates two volumes, one for receiving visitors designed as a social space around the fire, and a second volume defined as an atmosphere of a large kitchen where the seeds collected by the community are stored and treated. These two architectural marks point out, place references and order to a series of significant elements of the territory, for them to be recognized and interpreted by the visitor. They show a way of seeing and understanding the territory like the Pewenche folk, realizing the experience full of signs that the landscape has to offer. The architecture completes the cultural experience based on travel and contemplation, providing memorable images of the territory as it is discovered, recognizing a way of being based on movement. To achieve this, the project creates situations where the scale of the landscape is minimized, adjusting it to a human scale and capturing portions of the territory that allow a total image of it to be built. Thus, the project presents itself as an editor of the landscape by framing, directing and visually projecting, partitioning the image of the territory into fragments that are revealed as the experience unfolds. 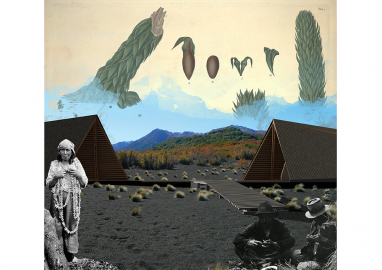 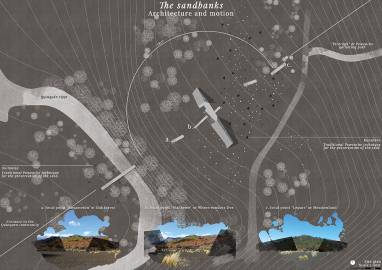 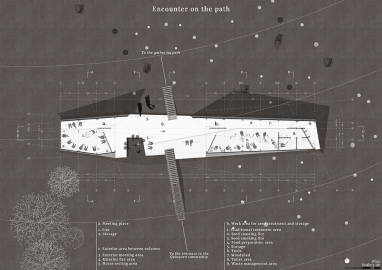 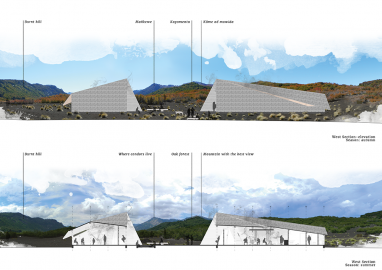 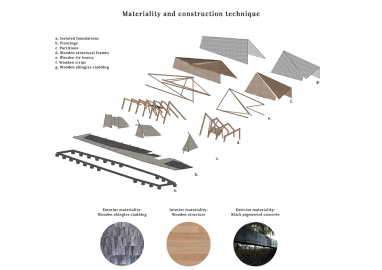 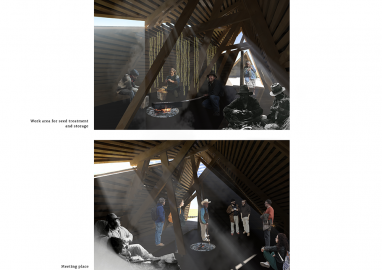 School of Architecture, Faculty of Humanities