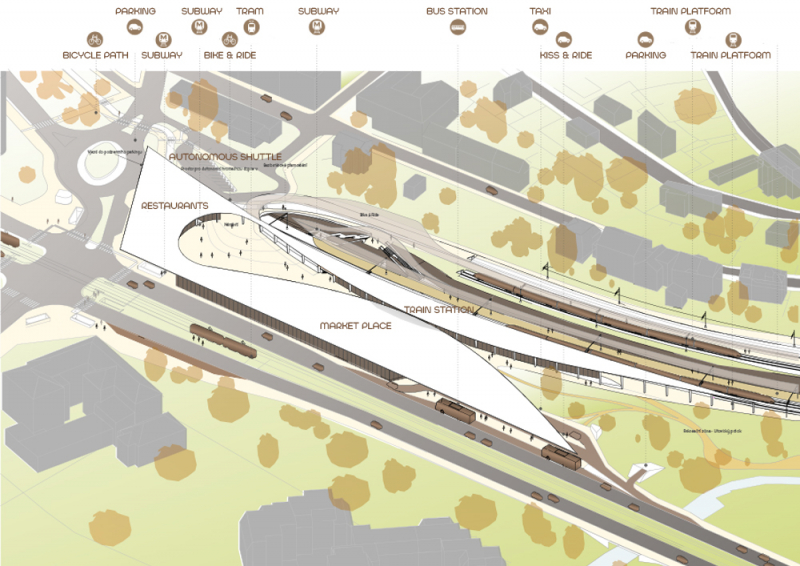 This transport hub will be created in the coming years, on the occasion of new construction of railway line - Prague City <-> Vaclav Havel Airport. The project includes the design of the immediate surroundings of the station, connecting to other public transport and including urbanistic integration into the sub-center - Prague Veleslavín. The required construction program includes a transport terminal, with links to automobile, bus, train, tram, and metro. Furthermore, the integration of a new community center and a new background of the station - gastronomic and commercial services.

The property arrangement of land is reflected in the entire design process (the possibility of construction phasing). As one of the entry points upon arrival in Prague and significant meeting point, the aesthetic design was taken generously. The main idea behind the whole proposal is to approach two main transport axes - road corridor and railway corridor. The proposal accepted these axes and their ground plans as their own. The complete center of Veleslavín station is bridged by the roof plane which becomes a characteristic cognitive point and at the same time functional element of the whole complex. This roof consists of several interwoven lines that replicate existing and designed transport corridors. It creates indoor spaces and by its arrangement wraps around the space which could become a new, throbbing center of Prague 6. The roof plane itself is the interface that connects individual investment plans in the area. The train station follows the railway corridor from the north side. Not only is the northern location of the railway station advantageous due to connection to road transport from Evropská street, but it also approaches the recreational zone Litovický potok. The station is connected to the island platform with barrier-free access bridging, spanning the track's entry into the underground. In the northern part of the development, which follows the European street, we will find the public transport, taxi and supply areas. The object itself hides the community center, large-scale market and commercial service areas. The eastern object (restaurants area) complete the complex. The whole complex surrounds the newly created plaza and lends it acoustic, optical and intimate distance from transport corridors. 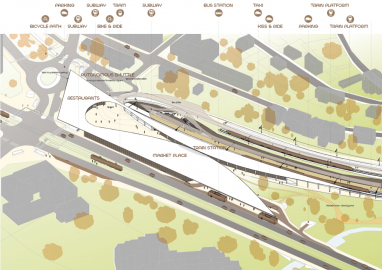 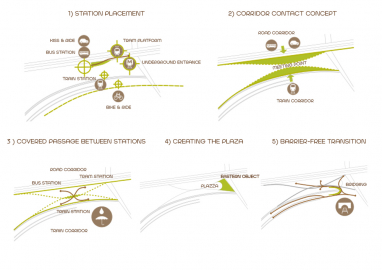 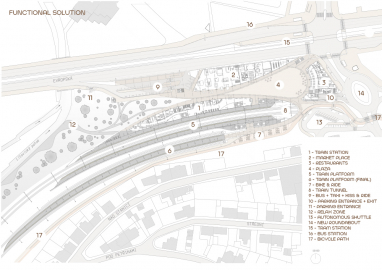 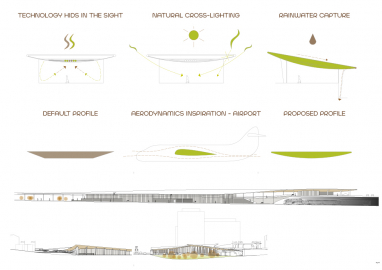 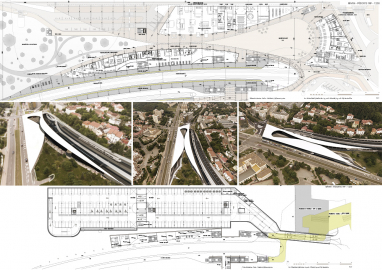 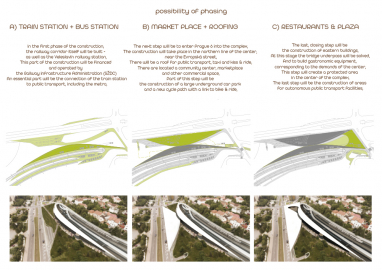 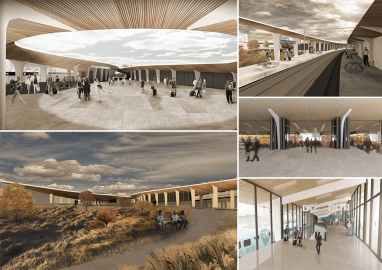 Faculty of Arts and Architecture