Gebze Technical University is expanding with the new units by following the master plan and the need for the social activities is increasing.The campus context and building typology bring about an idea as a concept :‘Hybrid courtyards’.The concept of ‘Hybrid courtyards’ is a programmatical and architectural design proposal for the campus life center. 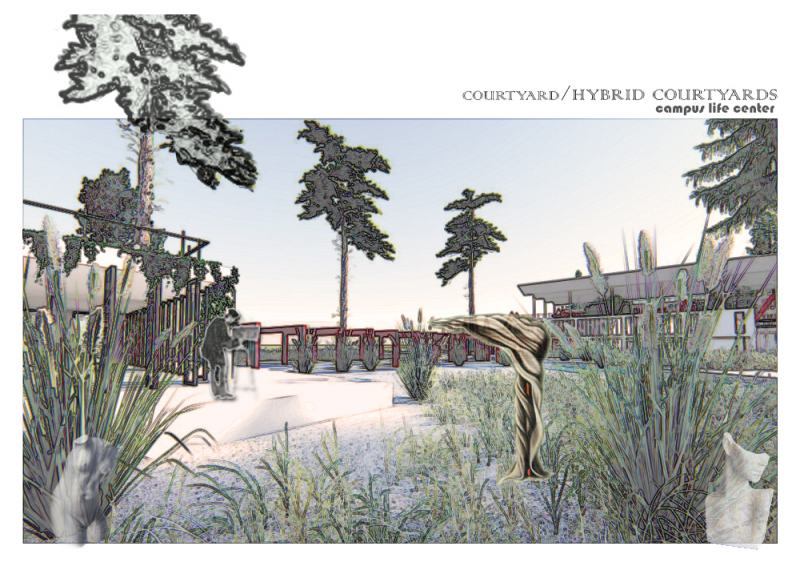 The campus has a tranquil atmosphere with it’s natural values and covers a large area. There are various type of indigenous plants and tree species that are defining distinctive spaces.There is also a water body but it is contaminated by the human activities.It’s overall direction is perpendicular to the Marmarail line which has a station on the campus.The metro line splits campus half and half, the North and the South, and damages the holistic spatial form. There are only two connections between the campuses and most of the needs and interests of students are on the North campus. South campus stands in a vivid contrast, buildings have massive character and the landscape is not as intriguing as on the North.

The design process for the project is inspired by the campus context and it’s network of circulation.The two relatively more vibrant corridors, street of Department of Architecture and alley axis, are intersected to get a vigorous campus life.The street is extended over the metro line and becomes an important part of life center while proposing a new access.The massive character of South campus is broken by elevation differences which is gradually decreasing towards the river. Large roof terraces outside of the lecture halls serve as a formal gathering spot for students with views of the campus.The dominant building typology is courtyard-type structures on the campus. Courtyards which can be defined as indoor and outdoor are the center of buildings and strengthen the sense of belonging. Dominant building typology and the campus context foster the idea of hybrid courtyards and it’s variations for the campus life center: courtyard, river-courtyard, street-courtyard and square-courtyard.Courtyard is a welcoming place for people and it is surrounded by multipurpose rooms, classes, student club offices and convertible spaces.River-courtyard is planned as the art center of campus with the ateliers, exhibition corridor and student club offices. Therefore the river is rehabilitated to enhance tranquil atmosphere, give inspiration to people, make them feel a connection to nature. Street-courtyard is not a place just to pass by, it is a place to involve all the activities and it’s perception is created by each of the proposed units. Square-courtyard is surrounded by trees, hobby gardens and convertible spaces to accommodate activities such as concerts, festivals and performance arts.Hybrid courtyards touch to nature and surround a piece of it, become a reflection of landscape, create space for a physical connection to the campus context, make exterior areas a true extension of interior gathering spaces, provide students different options to select environments with attributes that appeal to them.Students find a place to grow academically, emotionally, spiritually and socially. 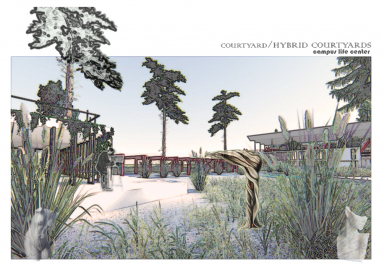 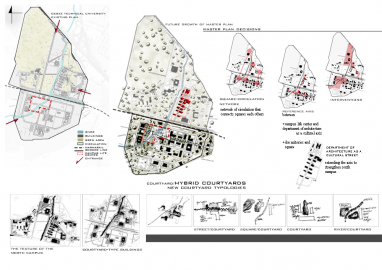 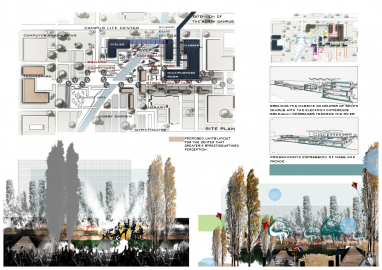 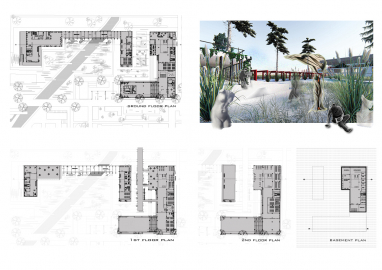 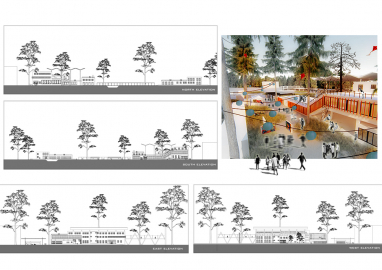 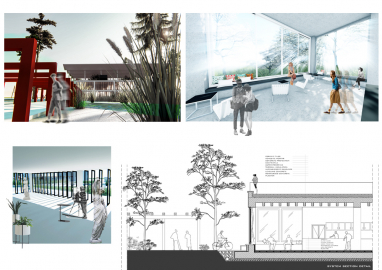 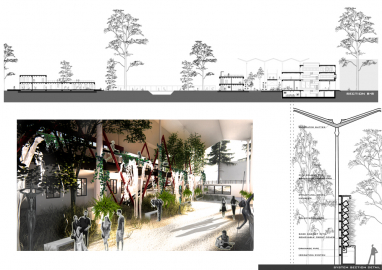