A Framework for Transitional Space: Mental Health in Rural Ireland

Why does Ireland suffer from severe mental health issues? Where 550 people a year commit suicide, 9,500 enter rehabilitation and 70% relapse. Ireland had the highest rate of institutionalisations in the 20th century - 20,000 to be exact. This connects my own story where I fell to addiction. The aim of my thesis is to explore and see if there is a solution. 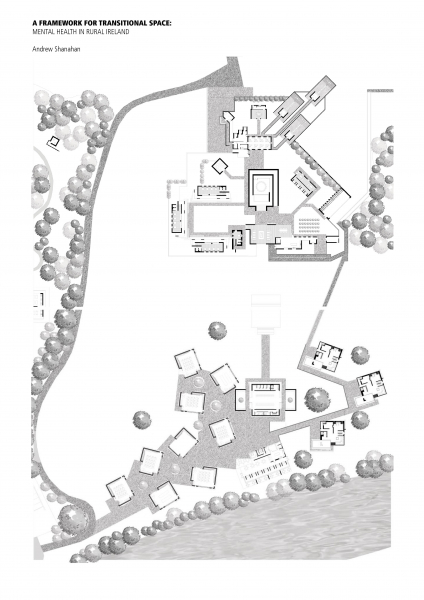 I witnessed people go through treatment and recovery for addiction who overdosed and died, who have committed crimes so they would be put back in prison, as they could not accept reality, and some who did, took their own life. There is no architectural model existing in Ireland for the rehabilitation of addiction. All current treatment centres are refurbished houses with no rehabilitation intent. I explored the history of asylums and deduced a method of design which could be considered none institutional architecture. Where architecture does not dictate how a person should be - where they can be themselves freely. Working on close relationships with the society in which they now exist. My main influence.

My proposal was derived from studying ancient social and cultural ideologies – where the people would look after one another. The design is based on a dispersed method – a technique of asylum design deemed most successful. The strategy I used is simple, broken into three realms; Private/Semi-Private/Public. Rehabilitation breaks people down so bad that they are fragmented mentally when integrated back into society. My hopes are that this model I created could be realised anywhere. It is designed so a person in early recovery, who falls into the realm of extreme introvert or extrovert can finally be themselves in an architecture that does not force them to be something they are not. My transitional space caters for in-house patients, out-patients, therapy, music, physical well-being, hygiene and individualism. In my final year I was being pushed to design an overall scheme. Every time I felt myself not arriving where I wanted, my only hope was to start looking at the spaces individually. Working at the scale of the person and daily human interaction. I used the Irish tower house as my first method of design, this would house clients after they completed treatment. I got the design wrong many times and designed from the top floor down to allow me to maintain the important spaces. The tower houses run along the river and positioned with the more social aspects of the scheme. The rehabilitation space to the north had to be broken down also, the therapy quarters, the mindfulness quarters and the living quarters. By designing these spaces individually with careful consideration of the client, staff and out-patients in mind; it allowed me to shape the architecture around their needs. I found that designing at scales of 1:100 or greater would cause my approach to fail. Realising it brought my design to a place where shapes were being positioned without careful intent and lacked sensitivity. I never wanted architecture to dictate how they should live. That is why my thesis was designed through a sense of 1:1 and details. The overall plan and sections were the last piece I constructed. In a way I had to unlearn my design education. 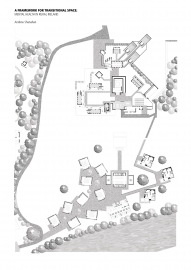 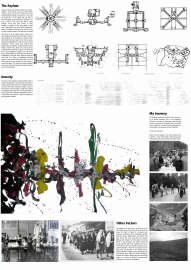 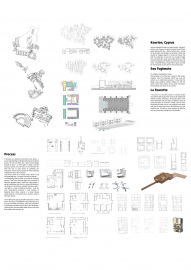 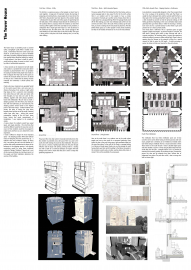 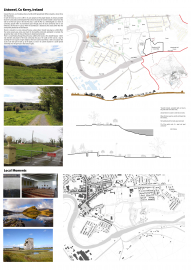 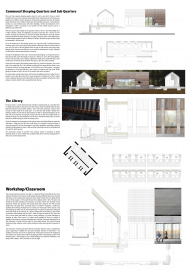 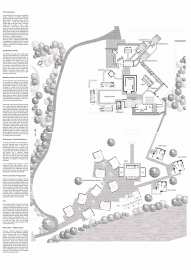