Conversion of Stadium Strahov in Prague

The subject of my diloma project is a conceptual design of the abandoned Masaryk stadium, one of the biggest brownfields in Prague. The main goal is to find a general solution to the current situation, when there is an impressive relic of two historic periods with specific traditions, which is not functional nor economically viable. 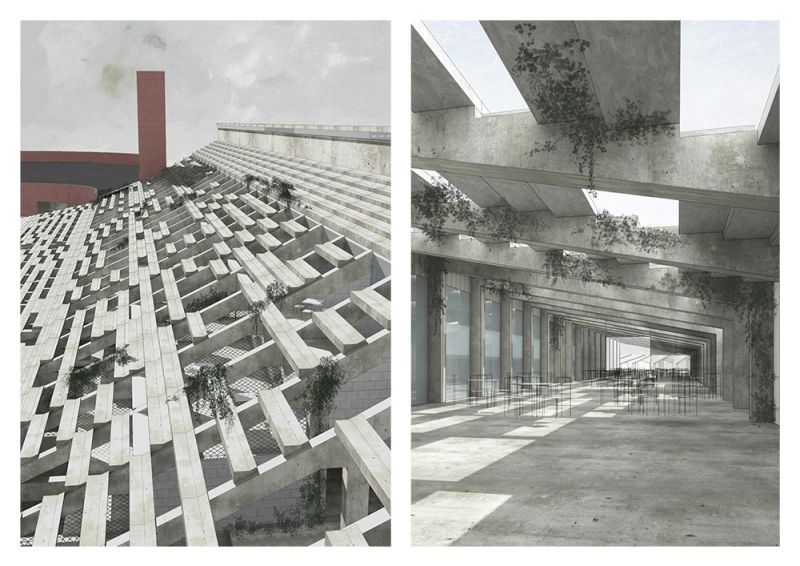 A mesmerizing structure. A desolate landscape. The beauty of degrading concrete. This diploma project is attempting to find a way to breathe life to the Strahov plain. The isolation of the area, determined by its topography as well as historical urban development, presents a problematic issue. However, this could become an advantage and transform the area into a calm neighbourhood with a great view of the city close to the historical centre. The Strahov stadium is one of the biggest, most serious and,due to its dilapidated state, one of the most timely issues of the whole district. An impenetrable obstacle. Its renovation could serve as a catalyst for transforming the entire area.

Housing in the tribunes of the Strahov stadium. View, location. The upscale nature of the accommodation is reflected in its price and saves, transforms and revitalizes this historical landmark. New type of accommodation, new inhabitants, meeting together, forming the city anew. The stadium surface. Enclosed empty space. Park as a legacy to the original purpose of the stadium – mass parades always presenting a specific ideology. Both the Sokol gatherings and the Spartakiads followed strict rules and embodied order. Groups of performers are symbolized in the park, their structure disrupted by routes of permeability, although they lack a solid boundary.The park serves as a meeting point between the past and the present. The basic principle of the design was to respect the current state of the stadium and to protect its visual features. Therefore, all the newly designed volumes are lined up with the boundaries of the stands as they are. The existence of windows orientated towards the park is made possible by removing several original concrete panels set upon the construction frames. The remaining panels serve as shades. 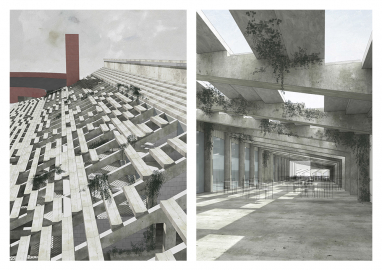 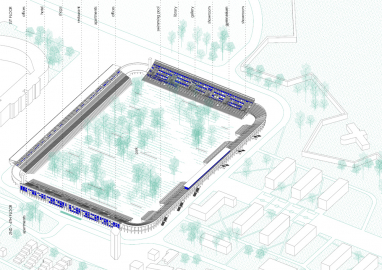 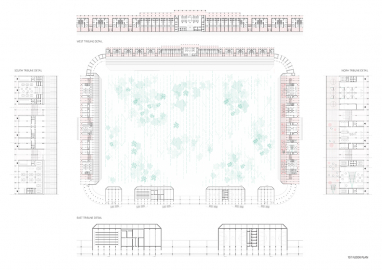 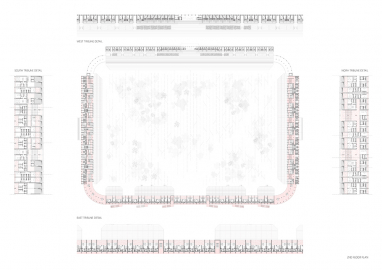 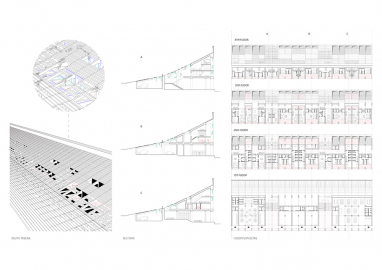 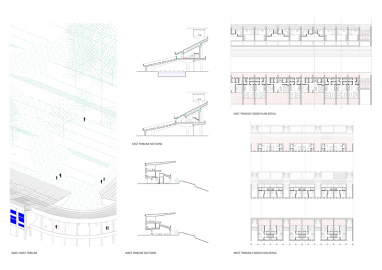 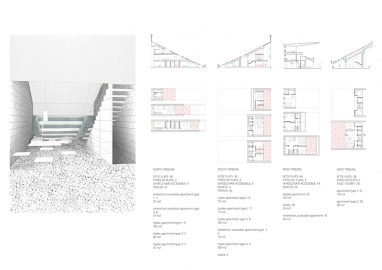