Kifufu means dust and is a symbol for the small village in rural Uganda where our project is located. In its hills lies a piece of land and within it the opportunity for 600 children to attend school from now on. 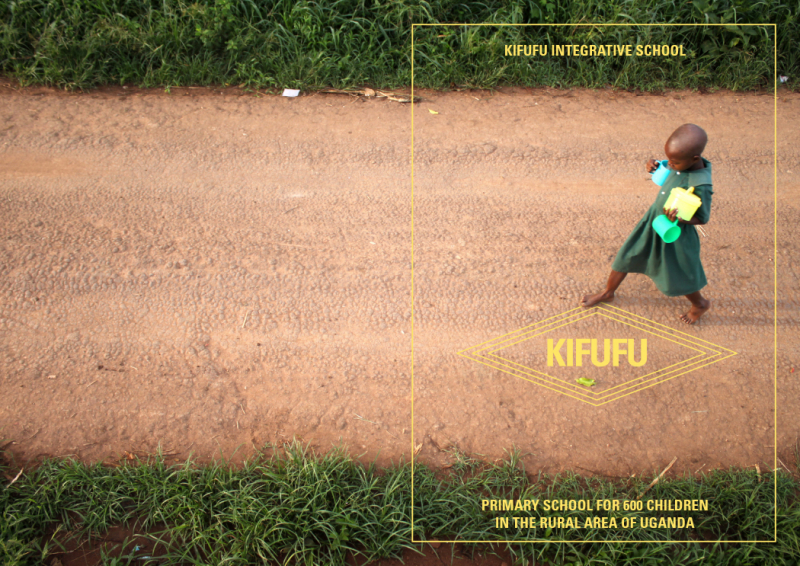 Half of Uganda’s population is under the age of 15. Especially in rural areas, children lack adequate access to education. The organisation "A Chance For Children" runs schools at remote locations to increase student access and decided to set up a primary school in the district Mubende. The urgent need to realise this project got us involved in the beginning of 2017. We went to Africa to design and build the first part of the campus within only four months. The size and quality of these buildings exceed the existing village structure and more importantly, 600 children will get the chance to attend school each year. This can have important impulses for the future development of the whole region.

The campus is structured into five parts. In the lower west side, there are 14 classrooms of the primary school, whereas further east the section for children with mental and physical disabilities is located. At home often kept as secret and isolated from society, the "Kifufu Integrative School" offers therapy rooms, classes and dormitories for these kids to bring them at eye level with their fellows. Therefore, creating a wheelchair-friendly environment was one of the main objectives and challenges as the site is on a slope. The back of the campus is a more quiet area with housings for staff and dormitories for boys and girls. In the centre is the community building including offices, a laboratory, the kitchen and an assembly hall which connects to the library. Dining, sitting and studying takes place on a big terraced veranda. This reflects the habit of the local society that is used to spend most time of the day outside. Another big focus was set on nature. A banana garden, a vegetable patch and fruit trees help the school to supply itself and show the kids how to utilise the richness of their soil. In February the first masons reached Kifufu to start construction and reach the ambitioned goal of opening the first seven classrooms before the upcoming term in May. The team of 13 builders had nothing but their hands and individual skills to bring this project to life. The resources were limited: There was no electricity, water had to be fetched at a small borehole and bricks were only available during dry season when the farmers had time to burn them on their fields. The seasons were also an important factor in our design. Knowing the model of Francis Keres’ schools, we decided to install a second ceiling to prevent classrooms from overheating through sunlight and to isolate them from the sound of rain. Also, we installed covered outdoor classrooms, which allow students to study outside. Constructing a building under such conditions made us face our physical and mental limits, but also gave us the chance to get to know and work with great local builders and experience architecture from its very fundamental side. 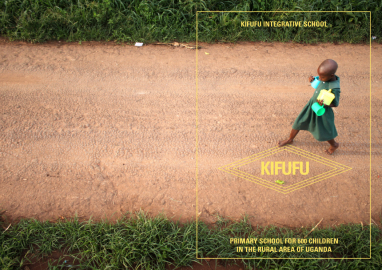 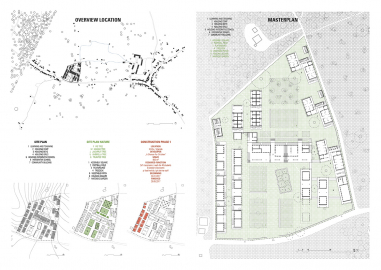 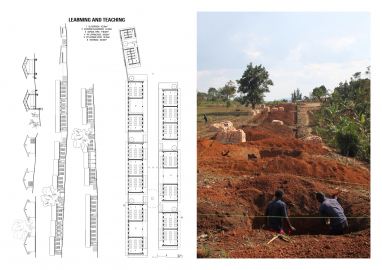 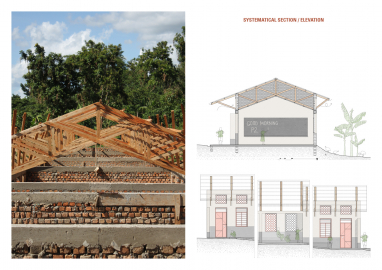 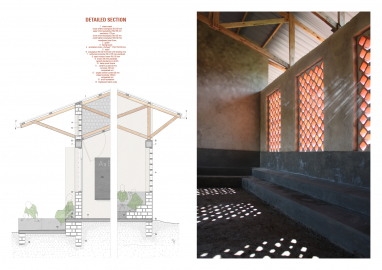 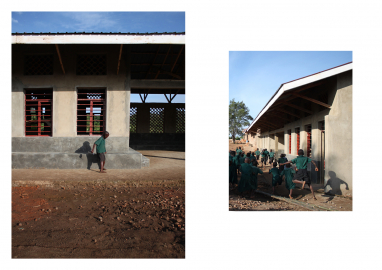 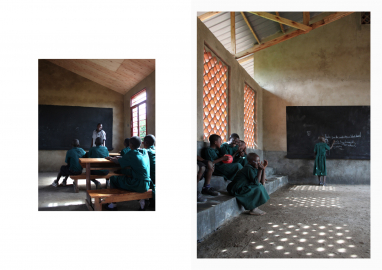