A Symbiotic Relation of Cooperative Social Housing and Dispersed Tourism in Habana Vieja.

On what terms can mass tourism exist within the historic district of Old Havana without being a threat to its inhabitants and urban fabric? How can Cuba deal with housing shortage? This project explores a typology consisting of both social housing for Cubans and hotel units weaved into them that generate money to pay off the loan taken for its construction. 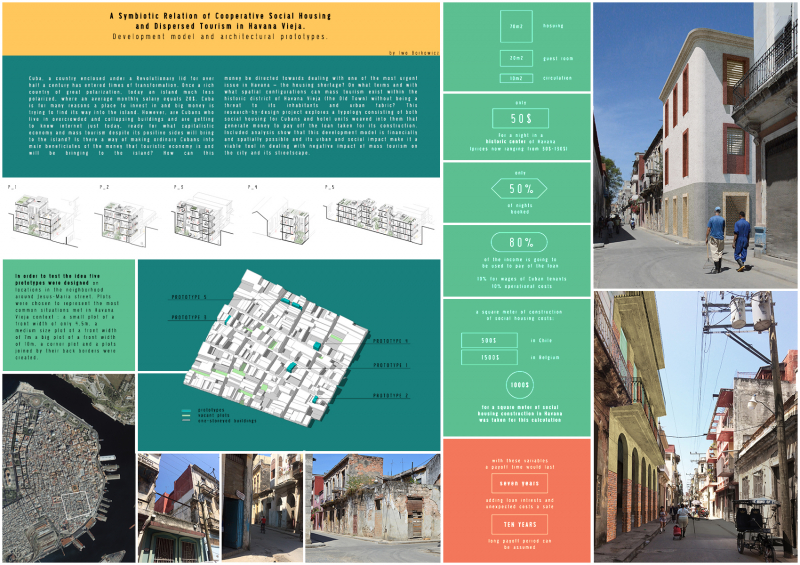 In 2015 I won a scholarship from Vlir-OUS to go to Havana and conduct a two month long research in an el Cerro district. Cuba is a country that for over fifty years is trying to build itself around ideas opposite to the rest of the western world’s philosophy. This period is for Cubans tragic on many levels but despite clear failure of Castros ambitions, I believe there are lessons to learn from it. Additionally Cuba is stepping into an extraordinary period of dynamic changes that will shape its future. I believe in these conditions one can not only help Cubans but also learn from this process and possibly create tools that will be useful in dealing with issues outside Cuba too.

After spending two months in Havana I could not help thinking about the complexities and often contradictory nature of its reality. Deep poverty is living next door with luxurious tourism. All visitors say – we came to see Cuba before it changes, at the same time they become the reason for this change. Cuba needs to open up but can it happen in a sustainable way? Is there a mid-road between Cuban and capitalistic way of doing things? Office of the Historian of the City of Havana (OCH) is facing these challenges and is doing so with many successes that show alternative ways of dealing with gentrification forces. Seeing other possibilities I wanted to contribute these actions. At the same time the challenge of building in a context of an extra ordinary architectural fabric of Old Havana is big. I admire great urban architecture. The scale, materiality and class of Havana Vieja is humane and beautiful. Seeing it falling into ruins and poorly designed, inhumane and boring mega hotels being build on the Cuban coast is sad. Cuban craftsmanship, ornamental tiles, forged railings and the unbelievable playfulness with which Cubans use color in architecture is very inspiring. How can we find money to address the housing shortage? How should we spend it in order to direct the money into the young emerging sector of self employed Cubans? How can tourists and Cubans benefit from each other? These are the reasons why I found it important to try to find a way of building new housing in Havana Vieja. 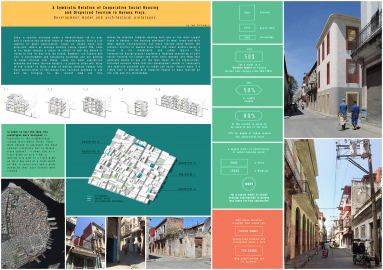 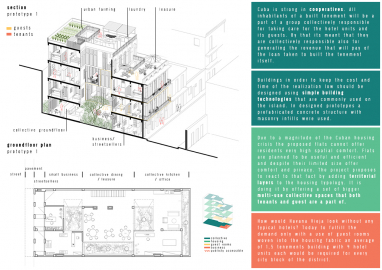 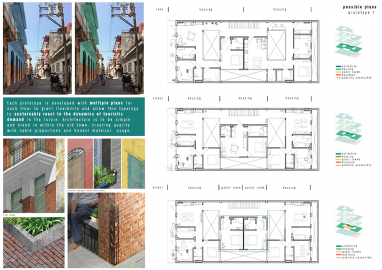 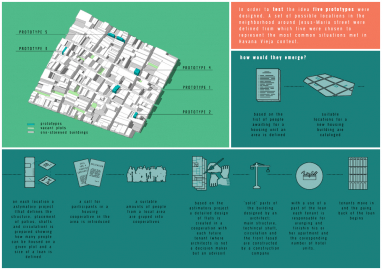 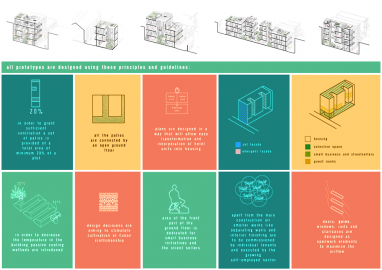 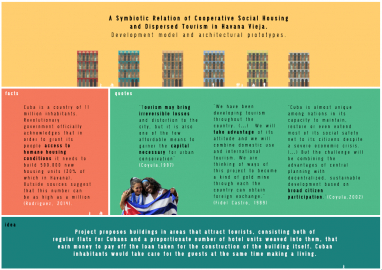