A project between temporality and permanence, infrastructure and public spaces, landscape and city

Building a settlement on the water for answering to the constant increase of housing demand in Hong Kong, it offers the possibility to deal with contemporary cities’ complexities, giving at the same time less constraints in the elaboration of new strategies. 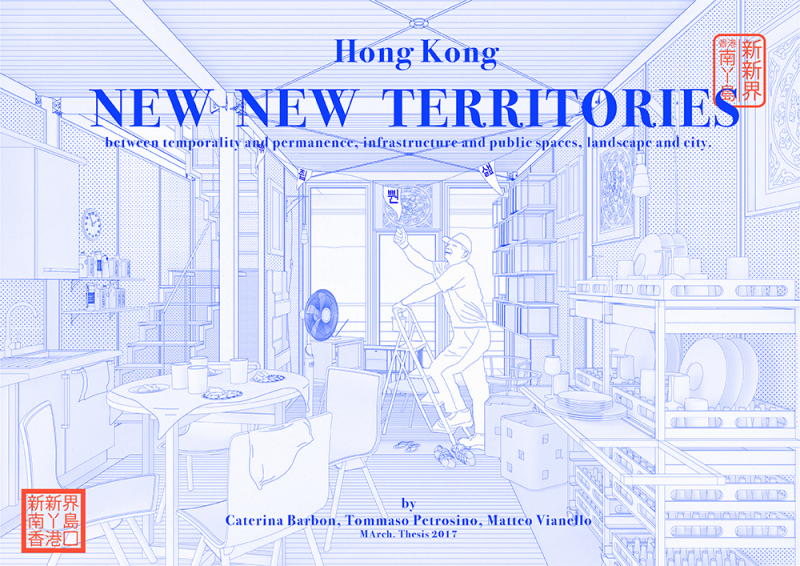 Hong Kong development lead to the highest population and density in the world, with a constant increase of housing demand. Facing with demographic and enviromental critical context, floating settlements theories could draw possible alternatives for Hong Kong’s future development. Two considerations settle the research: the first it deals with main implications related to the floating settlements, the second it reflects on the opportunity given by the water’s surface as a new new territory to be settled. The research underlined a lack of clear strategies that belongs to both the themes, giving the project the opportunity to develop strategies and operative tools for further floating settlements.

There is a fundamental choice to be made in designing a village on the water: we can think about a floating settlement, a fleet of small boats or a massive ocean liner that everything includes, or we can try to transport the primitive certainties of the mainland stability in a context that endlessly denies them. Hence, if water becomes an unknown land, a “New” New Territory (to recall the history of Hong Kong development) fated to be colonized, the approach to the design of a floating settlement brings with it the image of a new frontier, whose wildness challenges the pioneer‘s ingenuity, trying to transcribe and translate normal practices in new solutions, suitable to face ad interact with a situation that is not yet familiar. The uncertain nature of the founding element recalls the traits of this image: a breakwater dam that protects the bay, an embankment that produces energy, a massive drinkable water tank and a surface that offers welfare services and public spaces for the community. Above this complex element, the arch of the pedestrian bridge keeps a light, but comforting link with the mainland, creating a new dialogue with the context. The density is not only a matter of numbers but the opportunity to develop new design experiences, focused on the rewriting of the spontaneous practises that the density itself generates. The floating residential units are the most ephemeral and dual elements of the system: the modular structure allow a great flexibility in term of space and function, while the necessity of an easy and fast building process, eventually reversible, determines the choices about materials and detail solutions. Inside this skeleton, beside the residential units, designed to embrace and accommodate the inhabitants' everyday life, we can also find small commercial spaces, restaurants and various services, in a functional mixing that recalls the Tokyo typical "upstairs shops", widespread condition also in Hong Kong city. 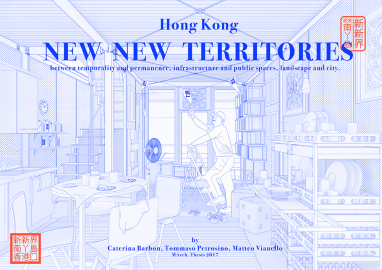 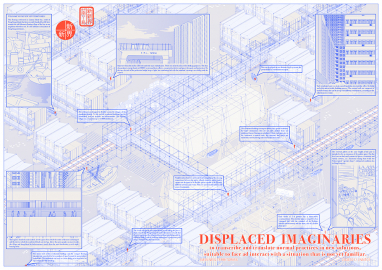 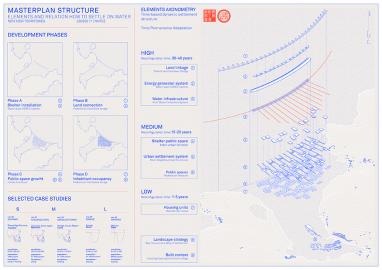 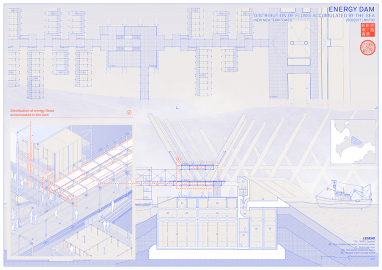 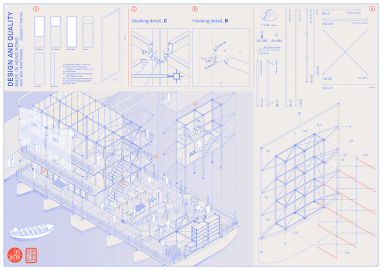 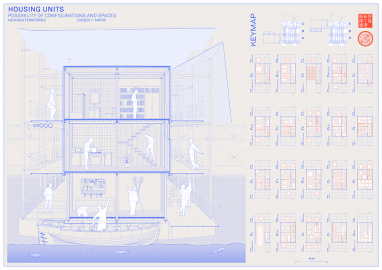 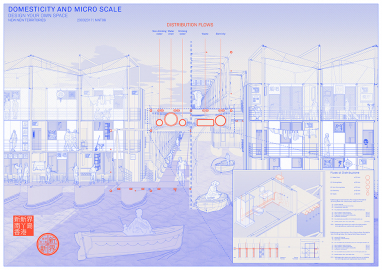 Department of Architecture and Arts