NEUE BAUAKADEMIE BERLIN - a club for the former & future architecture

*a contribution to the debate from a future architect

My project is a contribution to the contemporary debate on the programmatical and architectural future of the Bauakademie in Berlin. Working on reconstruction is accompanied by a set of questions that expands typical design problems: All future design decision negotiates its justification with a building long gone but very prominent in mind. 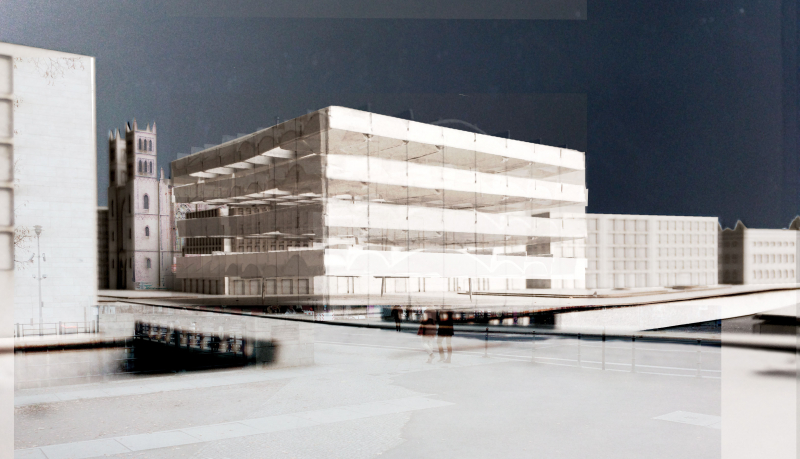 The Bauakademie was built in 1832 by Karl Friedrich Schinkel. It was partly destroyed during WW2 and fully removed in 1962 to generate space for a building bar planned by the GDR. After the German reunion the building was torn down as an act of the so-called „urban reparation of Berlin's historical city centre“. The empty plot generated a debate on the potential reconstruction of the Bauakademie. The debate lasted for about 20 years — already becoming part of the site's history — and was recently restarted with a financial consent issued by the budget committee of the German parliament „to rebuild the Bauakademie“. It was at that same moment I started to work on that subject in the context of my master thesis.

Reconstructing difference — A negotiation of time in architecture The term reconstruction implies the dialectic of two aspirations: the repetition of ‘something past’ and the creation of ‘something new’. A design-work under the subject of reconstruction always requires both. The task is to build a critical link between the previous and the nascent, between memory and vision. The process of design thereby becomes a balancing act between providing sameness and introducing new expressions. By identifying the sameness we simultaneously recognize the difference. This work studies Schinkel’s ideas and visions and reinvents them in a playful way. I try to experiment with different methods to approach sameness instead of choosing one determining strategy. As a leading motive I refer to Schinkel’s generic pillar-vault-system and search for a contemporary construction method. In result I introduce an integral structure of wide spanning monolithic-ceilings — a composite of a grid-rib-vaults-system stacked upon each other. While the space in its dimensions, proportions, and shape create a fundamental sameness a clear difference can be perceived. A.club — Architecture for the use of architecture The guiding theme of the Bauakademie in the past and in the future is architecture. The building performs as a didactic representative in the prominent surrounding in the center of Berlin. It should however not just become an architecture to visit, but an architecture to use. The 18th century London clubs serve as a programmatic archetype for this project. Clubs of such kind celebrate and embody architecture and incarnate the spatial translation of a social network. The proposed club for the been and the becoming architecture administers the leading subjects of the site and its surrounding: The constantly “becoming” city, the dialectic of reconstruction and the architecture itself. It titles itself with these issues and places them in a superimposition in the compact space of the New Bauakademie — as an assembly of a program between ‘previous’ and ‚nascent’. 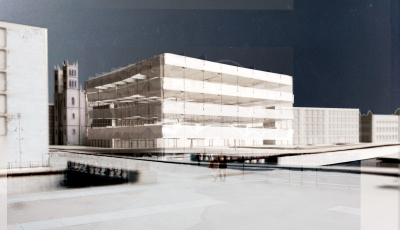 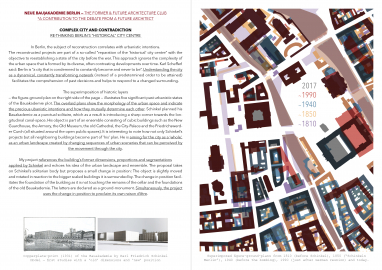 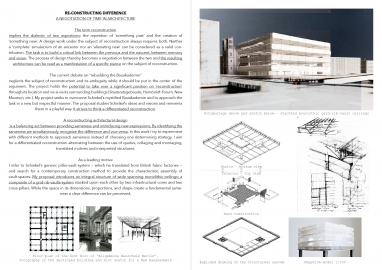 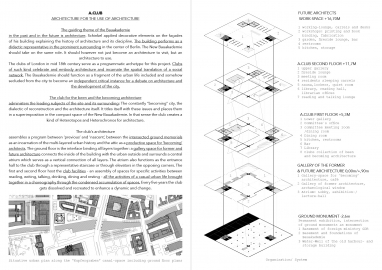 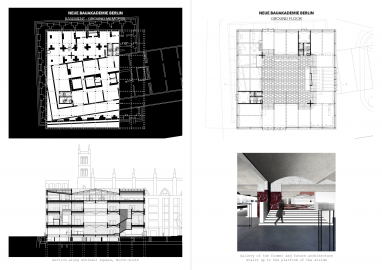 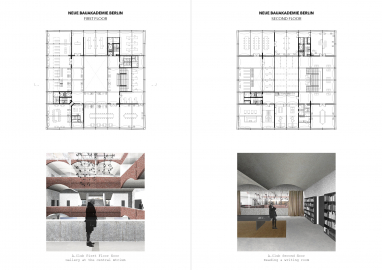 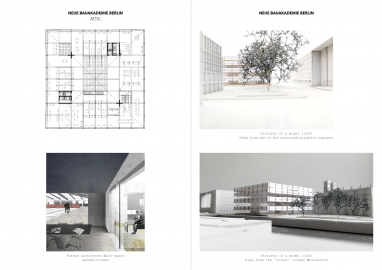 College of Architecture, Media and Design

Berlin University of the Arts