An investigation of time, creativity and ritual in the digital age

The project explores a new multidisciplinary media building for the BBC in Belfast. Ideas of time and ritual are set against the speed of the digital age. ‘Vertical Cloisters’ form interconnected spaces to work, think and create. The building is part of a larger urban proposition recalling the flooded origins of Belfast, which echoes with that of Venice. 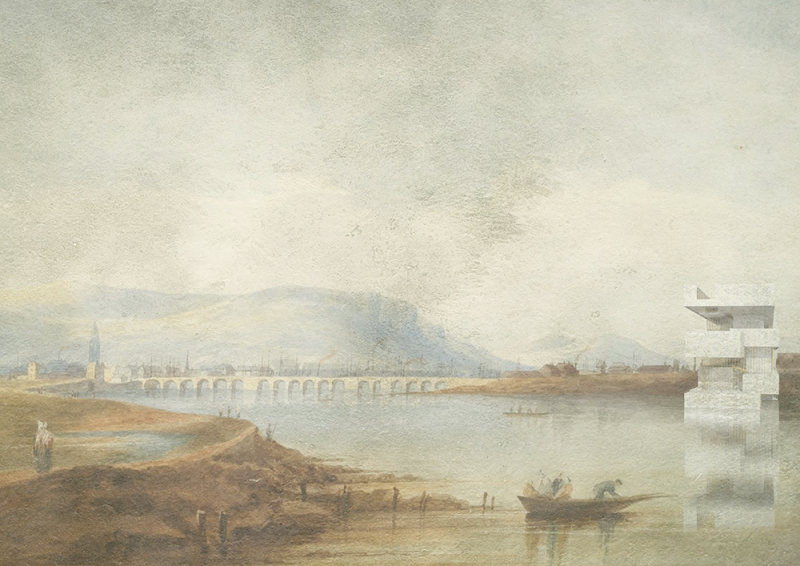 A series of new media and digital buildings line the river like palazzos giving new life to the river from within the remnants of the city’s industrial past. The ‘Media Monastery’ houses the new BBC building at the centre of this. A ‘public cloister’ opens onto a gateway of flexible media studios and a public café overlooking the river. The two main central ‘cloisters’ of the newsroom, editing and radio suites provide interconnected working spaces and chance encounters. The public journey culminates in the interactive centre for Sound and Vision in a sky cloister, restaurant and viewing platform with a cinematic panorama of the whole city.

Everything begins in a drawing; I re-shaped the river in a printing press; endless new ‘Invisible Cities,’ took shape. From these drawings, the flooded origins of Belfast surfaced, echoing with Venice, the capital of the imagined world. Located at the Belfast’s original crossing point, the Long Bridge and the ruins of the glassworks, the site suggested a sort of embedded labyrinth as perhaps the beginnings of a ‘Digital Venice’. A series of river ‘Palazzo’s’ are proposed along the river to enjoy the qualities of the reflected light and the movements of the water. The project was for new headquarters for the BBC in Northern Ireland. I visited a number of their existing buildings to understand how they functioned, and what type of spaces they required. The site was a rich archaeological palimpsest into which I carved flooded linear strips so that the river could now re-engage the land and the historic urban grain. The archaeological remains would now be exposed to create a new urban park with different layers of history, and which was now wrapped in a forest of silver birch trees. The building recalls Sverre Fehn’s Nordic pavilion in Venice, which I visited, remade, redrew and recast to interpret its tectonics. I also studied the monastery as an historical architectural paradigm for ordering time, to conceptually and experientially enrich the digital ‘rituals’ that would take place in the new building. The vertical cloisters are imagined as a continuous flexible landscape for collective creativity within which I imagined a wall of individual spaces -like the monastic cell of Saint Jerome- now constructed like spatial pixels for cultivating the individual imagination and creativity. The building emerges from the river like a structural tree opening up its platforms and spaces to the city. A white concrete structure is covered in a crystalline glass surface punctured by a delicate marble skin. A public trajectory through the building culminates in the interactive centre for Sound and Vision at the top. This celebrates the history of the city and the new landscape of the creative economy of digital technologies. 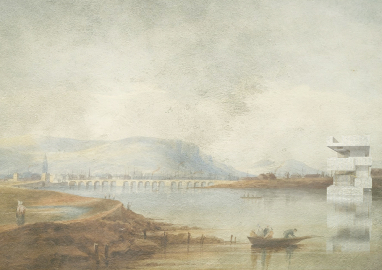 The Long Bridge and the Tower 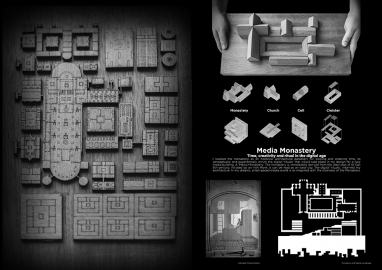 An Investigation of Time, Creativity and Ritual in the Digital Age 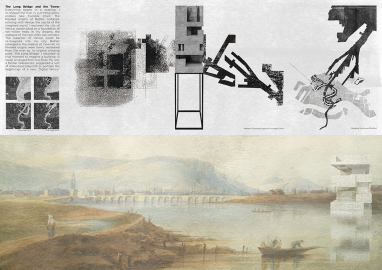 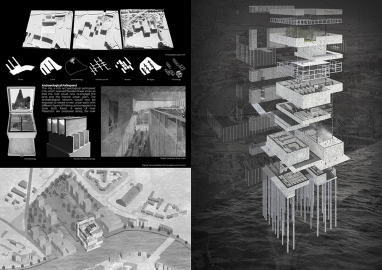 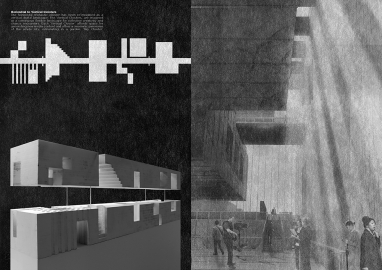 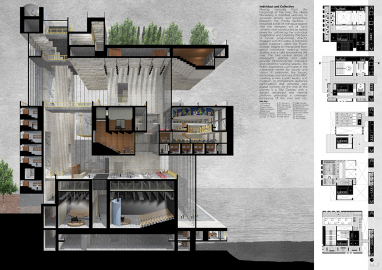 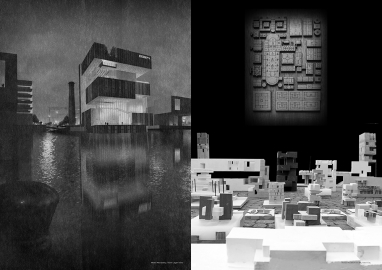 Belfast School of Architecture and the Built Environment