Project for a scenic production centre in Copenhagen

The project proposes the transformation of a sea mine depot (Søminedepotet) in Copenhagen into a scenography production centre. The project explores the different possibilities of interaction between the public and the production and aims to create an extension that valorises the formal and material characters of the existing. 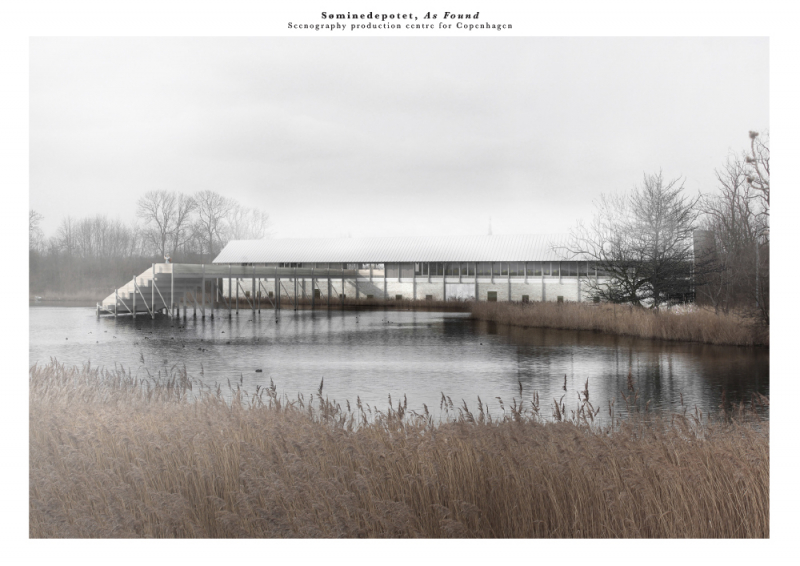 The purpose of the project is to deal with the inner discontinuity that exists into the public park and, at the same time, to become a border-membrane, as an infrastructure able to work with the landscape and social conditions. The project explores the different possibilities of interaction between public and production, imagining a scenario in which spaces for production become performance themselves. The themes of the project are based on the interpretation of the objet trouvè where its extension valorizes the scarsity of the existing building and proposes an intervention on the architectural scale that aims to be coherent with the pre-existing context as found.

The project comes from the fascination of a place. A long building made of bricks and concrete rises from the hill as a ruin. The building is part of the fortification system that defines Christiania lake. The project consists in the addiction of a volume on top of the existing building, in order to preserve its formal characters and it uses it partly as a support for the new framed structure. The new construction is materially detached from the pre-existence, in concrete and brick, and it is made entirely of wood, like the buildings built by the community of Christiania along the lake. The project defines the relationship with the two piazze d’acqua and the different levels of ground, as they are the foundation principle of form. The place itself suggests the topic of the Janus faced building, with a clear reference to the Smithsons’ work. The pillars of these portals on the canal side, that consists of only one floor, go to rest on the ground, while on the front of the lake they use, alternately, the holes in the existing facade to exploit the structure as a support. The main access to the building is located on the back side of the hill, according to the entrance of the other buildings that are part of the system of the park. A long ramp is leading people up to the hill trough nature. From the covered atrium on the upper floor there is the access to two volumes and a water-bearing jetty. The first is dedicated to a canteen where workers and visitors can meet and to a double-height space where the assembly stage of the production of the underlying production is visible; the second gives access to spaces dedicated to teaching for adults and children, the atelier on a mezzanine level, and to the lower floor where the production spaces take place. The pier is conceived as an extension of the access ramp that leads to the lake where it ends with a staircase that goes down towards the water. The desire to extend up to that distance from the shore of the lake is given by the desire to open up towards the landscape and turn to the entire system of the park. 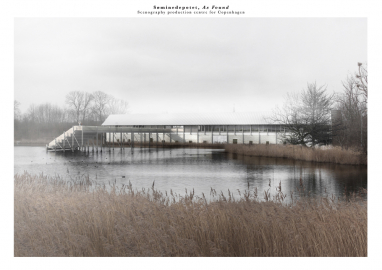 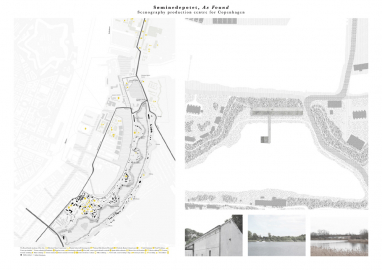 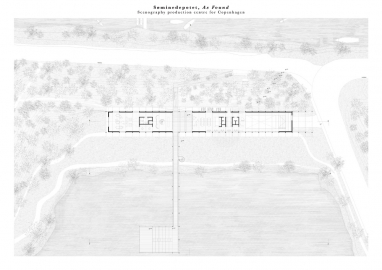 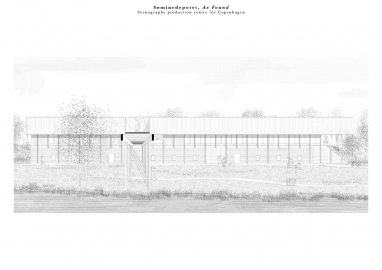 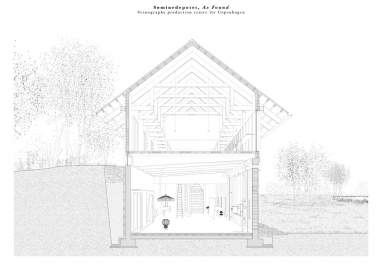 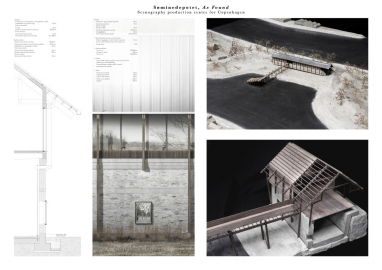 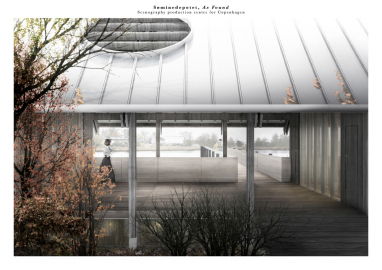