A town hall for the Isle of Dogs in London

The 'Common House' is a town hall design proposal for the Isle of Dogs in London. The building mediates between Victorian houses and skyscrapers as images of old and new 'ordinaries' and shapes a new self-image of the fast growing and complex area. 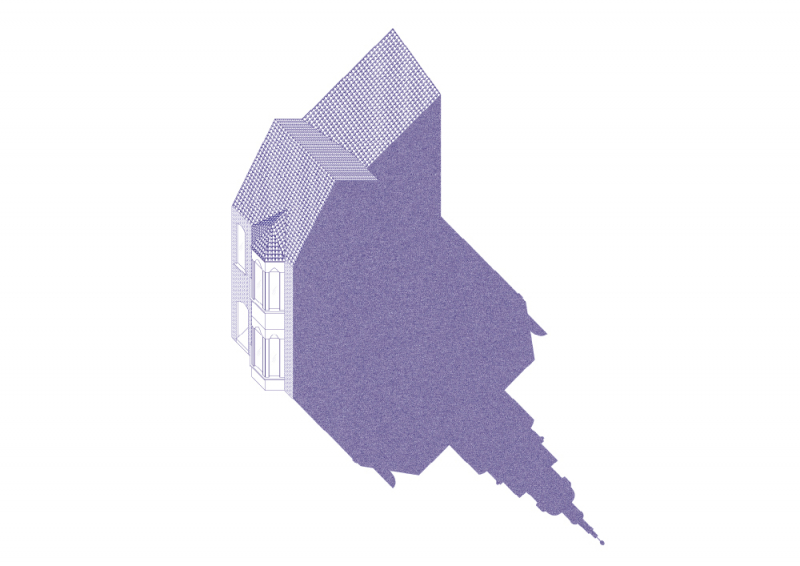 The project addresses the problem of privatization of public space. As the focus shifted from manufacturing to finance, Londons port area was transformed into an urban enterprise zone which led to the skyscraper-dominated corporate island of Canary Wharf, the architectural symbol of 'Thatcherism'. A sharp social contrast, an increase in real estate prices and tensions between the newly wealthy and the old-established population raised from this construction boom. The peninsula has the strongest housing development in Western Europe but is missing a public infrastructure. How can a representative town hall unify the local community and re-establish public space?

Immanent in the town hall as an architectural type is the motif of the 'ordinary', one of the few motifs of modern and contemporary architecture that comes from within the discipline, because History always discussed the adequacy of 'private and everyday' versus 'public and sacral' architectural form. Since the interest of modernity in villas and small houses as legitimate means of architectural experimentation and role models for the discourse itself, architectural history has been drawn on the basis of its relation to the ordinary: Loos’ 'private', Le Corbusiers 'typical', Smithsons 'as Found', Rossis 'type' or Venturis 'conventional'. Concurrently, every understanding of the ordinary depicts the character of their era. Today, against the backdrop of Londons property price development the ordinary is small. In the course of this development, the representative town hall is designed on the basis of a private residential building. The building accommodates all functions on a small footprint and thus creates a large public space, which is restricted and controlled by public authorities. Due to the increasing digitization of administrative processes, the project focusses on the most basic use of the town hall: a public meeting place for residents. The ground floor includes a local library, storage space for a market and a café. Each function can be expanded towards the square through large opening elements. The first floor contains publicly rentable rooms which can be used by local associations for language courses, etc. The top floor contains a cafeteria which brings workers from Canary Wharf and the local community together and is accessible by long stairs from ground floor level. The basement holds all facilities. All floors are connected through an elevator shaft which in elevation creates the image of a municipal belfry. The new town hall superimposes residential and town hall motifs in façade and floor plan to create a complex interplay of connotations and strengthens the public of the Isle of Dogs by creating a stage for the everyday life. 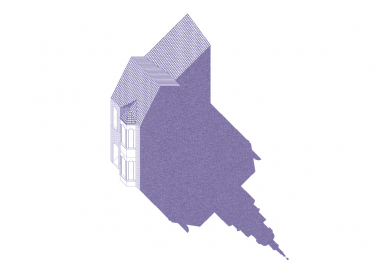 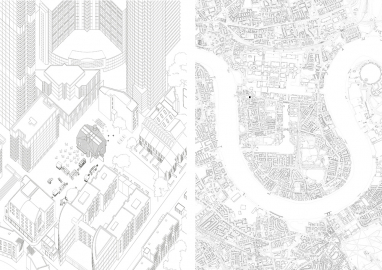 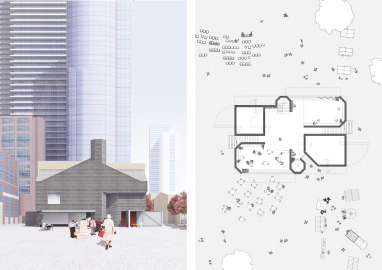 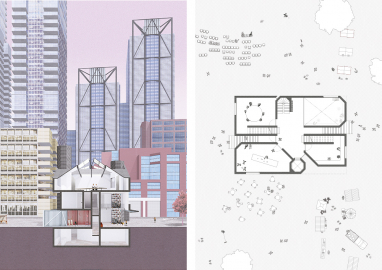 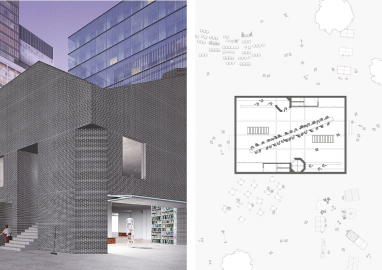 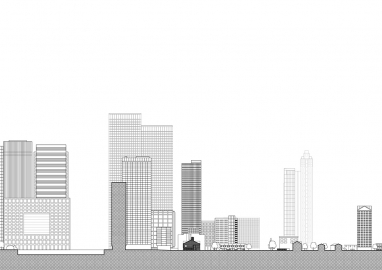 Faculty of Architecture and Urban Planning