Plan of Recovery of Underground Spaces of Madrid

P.R.U.S of Madrid is the Plan of Recovery of the existing Underground Spaces of Madrid. The purpose of the project is to recover that forgotten and latent landscape converting it to public space. Starting from a research, the Plan will be developed in the following way, recovery of the existing spaces, design of new net access and connect the urban scenes. 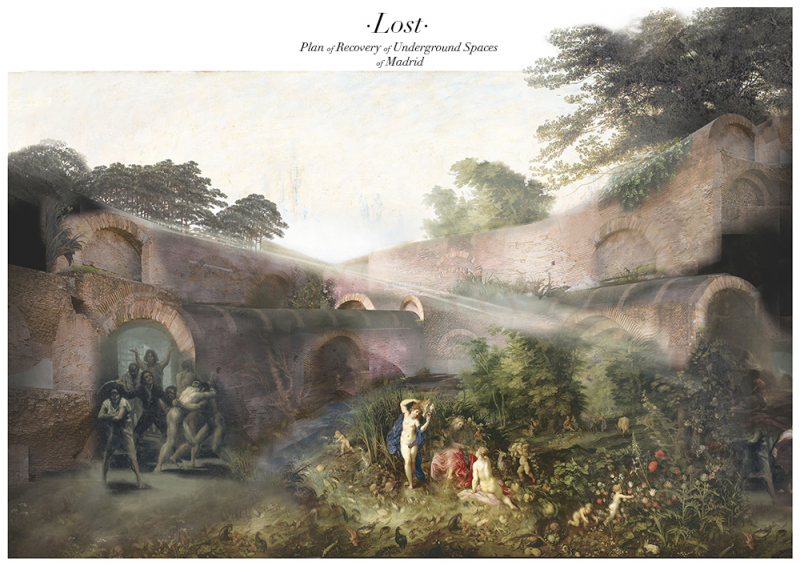 The origin of the city of Madrid is related to its water infrastructure. The city was founded based on an underground medieval infrastructures called Mayras that were built following the Roman vault construction technique. That infrastructure is the reflection of the evolution of the city. Those underground spaces are situated in the main old town of the city, in the founding plots. Those galleries remain as a broken net, isolated islands, memories of a latent past. The project aims to recover those forgotten spaces, that lost landscape, connecting the net, creating new access and public spaces.

The project starts from an historical and cartographic research, drawing and analyzing the net of underground galleries that belongs to Madrid. The main infrastructures that are considered in the analysis are the medieval that constitute the origin of the city. The general strategy comes from a definite desire, to recover that lost landscape. After research it is decided to intervene in the historical downtown of Madrid. A Plan of Recovery of the antique spaces is created setting the main principles. These principles are to recover part of the existing galleries, to generate new connections and to propose interventions making new access and new spaces. The plan entails a recovery of the existing underground spaces in addition to the new access turning them into public space. New urban scenes will be set reflecting a lost reality. Three interventions will be developed completely. The access will be developed in detail attending to their typology (park, square or existing building). Each intervention will be defined in agreement to its spatial strategy (arcs, vaults or folded retaining walls). Those structural geometries will define the spaces qualities as well, in a tectonic way. All these forms are shaped according to the stress experienced by the materials. That development is made using structural analysis 3D software. A review of the old Roman technics is set using a new structural approach developing the geometries of the interventions and the spaces in a holistic way. Contemporary technified vaults that remain ancient Roman technique. P.R.U.S of Madrid is a Plan that offers continuity to the territory and the city using architectonic resources. The thrill of the project remains in its role as a palimpsest, recovering abandoned connections, operating on existing spaces and making up urban scenes from what there was and what there will be. 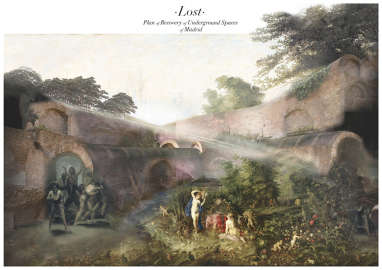 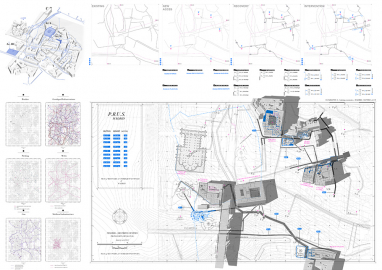 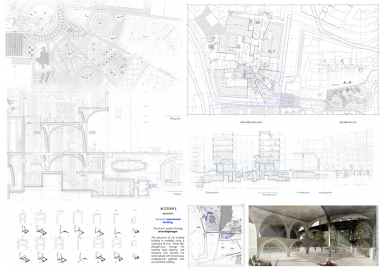 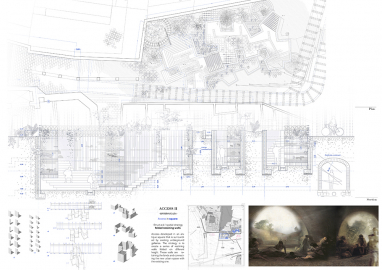 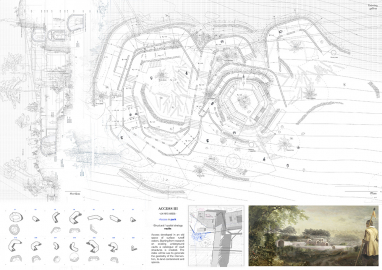 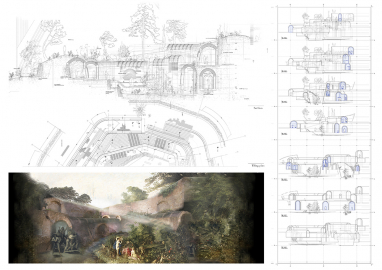 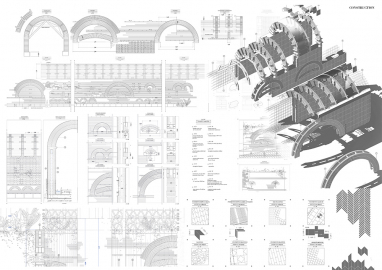