A Strategy for the Archaeological Excavations and Development of Convoys Wharf

This is a project about the meeting of eras; the slowly exposed remnants of past dockyard structures, revealed by years of archaeology. And the fast paced comparatively short-lived new developments of large scale housing. They meet in this project at ground level; this level defines the territory of the investigation into this unique site.

Diploma 11 continued its exploration along the lost and forgotten rivers of London in search of places where the regularity of the urban grain is interrupted by the meandering course of the waters that run beneath them. We set out to learn from the complexities found at these inner peripheries, where the city’s fabric is now being ironed out by rapid gentrification. The unit believes that unresolved edges and delayed spaces are ripe testing grounds for works of architecture intended to un-gentrify London from its details and to tolerate gaps that divide social, cultural, geo-textural and historical layers – all of which are to be interwoven to make a city a piece of landscape-in-progress.

We occupy the places of others who have gone before us; those who we have never known, those we have forgotten, and those we half remember. This is something that in our instant culture at the moment is ignored and dismissed totally. For many a consciousness of the past, and our identification with its ruins has been an prevalent theme of architecture and art since the renaissance. Since the onset of modernity and its transformation of the world ruins have held a poetic potency. Beautiful because they hold the germ of what was. This is a project to enable a ruin pivotal in London’s modern history to become part of the landscape of a new riverside development which has been closed off to the city at large for the past 500 years. Contemporary ruinophilia relates to the prospective dimension of nostalgia, the type of nostalgia that is reflective rather than restorative and dreams of the potential futures rather than imaginary pasts. As much as the ruin has prompted contemplation of demise its has been more so a spur to the imagination for interpretation, for construction and reconstruction. Confluence proposes a place existing +10 meters above sea level and -10 meters below. A place generated from 1513 until 2000 not to be lost beneath the enormous mass of new residential developments. Here these high rise buildings are elevated above existing site allowing the previously hidden to be exposed as an archaeological landscape. This riverside landscape is dotted with stations at key locations relating to and celebrating the distinct historical layers of the site. All of this is proposed as a slow process of removal and gradual addition in contrast to the rapidity of the new schemes. It is to be undertaken over the lifetime of the relatively short-lived developments above which in turn will leave their trace but not obliterate the fantastic past of this place. 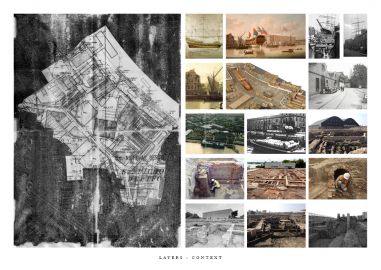 Historical layers of the site and the context 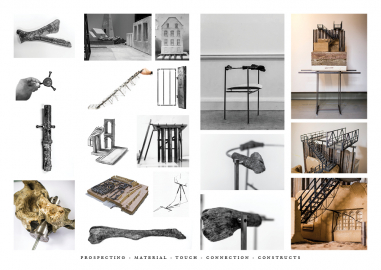 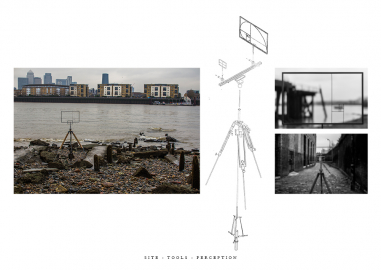 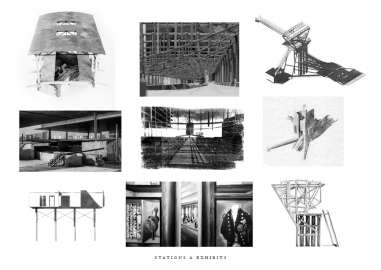 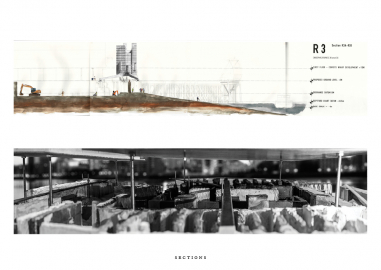 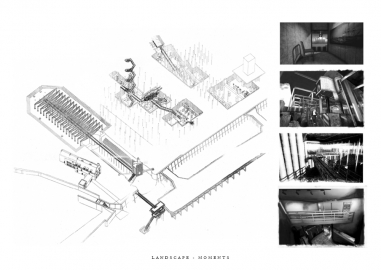 Overview and moments of the site