THE CITADEL OF TIDES

The project site is situated at the seafront of Ostend. The city is struggling with infrastructural problems due to the rising sea level. But the sea also opens up perspectives for an increasing amount of refugees. The citadel of tides unites the cultural and pragmatic necessary aspects. It is our responsibility to open up the eyes to the mutual benefits. 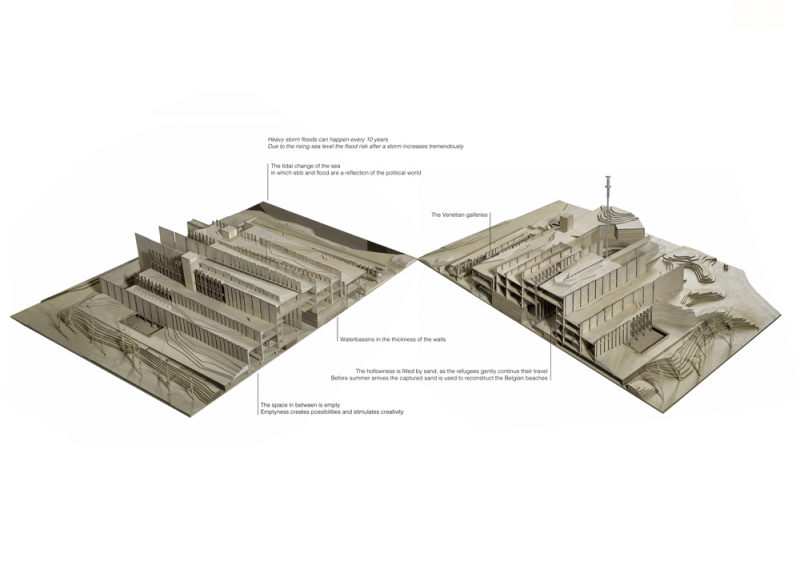 This building is a linear interference in the existing landscape. The alternating walls and columns rise up from the ground. Due to the rising sea level the flood risk after a storm increases tremendously. Therefore buffer basins are integrated in the thickness of the walls. The space in between the walls is empty. Emptiness stimulates creativity. What if a refugee gets the opportunity to play the main role in a new metro pole of subcultures? As the sand blows trough the openings, the building is permanently in alteration. The hollowness is filled by sand, as the refugees gently continue their travel. Before summer arrives we use the captured sand to reconstruct the Belgian beaches.

On the macro level the project has its own identity due to its scale, roughness and strong presence. As the beach situated in front of the project site is removed, the sea is up against the existing galleries. On the one hand this intervention is necessary to install the ‘Wave dragon’. On the other hand the conventional ‘beach walk’ is now taken through the building itself. That is the reason for the citadel’s appearance as an artificial dune landscape. The axle lines of the Venetian and Royal galleries served as the structural inspiration for the design of the building. The walls appear as duing races holding the sand together. The platforms are built like terraces, to ensure the continuous sea view on different levels. All the floors of the citadel are accessible for everyone at any time; horizontally by means of slopes and vertically by means of lifts and stairs. The three lift shafts ensure the stability of the construction. The connection between the beams and the columns is invisible, and is called the BFS-system, reproducible to infinity and contrasting with the uncontrollability of nature. ‘Structure is the maker of light. A column and a column brings light between. It is darkness – light; darkness – light; darkness –light.’, Louis Kahn (2013) in The power of architecture, Weil am Rhein: Vitra Design Museum. The building is like a music score: a suggestion for a performance in which freedom, initiative and self-organisation play the leading role. I want to upgrade the temporary character of a refugee’s stay in Ostend. Let culture make the difference in all its rich variety. In order to adjust the building to temporary functions, tarps can be hanged between the walls or containers for multiple purposes can be placed on railing systems. The structure is calculated on a big amount of weights. Are we, as society, ready to give the Atlantic wall a second chance as a citadel for subcultures? Only if people open their eyes to the mutual benefits of this project. ‘The refugee is like a migratory bird nourishing in Ostend before flying on to England’. With sight on England we think about our lost visitors.

The Citadel Of Tides 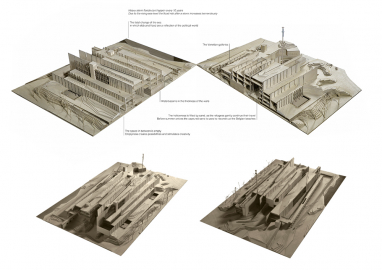 Model of the Citadel Of Tides

The topics of the project 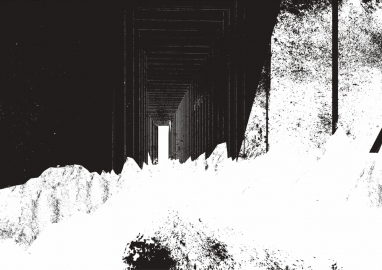 Inside view of the Citadel Of Tides 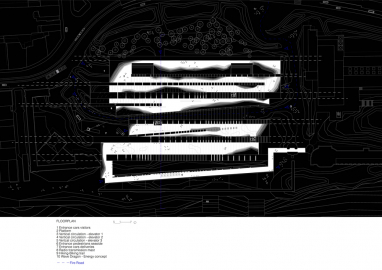 Floorplan of the Citadel Of Tides 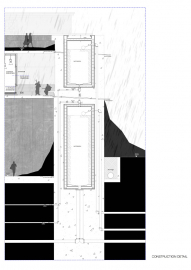