Brewing Democracy: The Assembly of Le Balai Citoyen in Ouagadougou

The Assembly of Le Balai Citoyen in Ouagadougou, Burkina Faso

The assembly is a space of accumulation where the activists of le Balai Citoyen pursue informal democracy. A political brewery run by the women – who produce the dolo and make the participation happen. Silos and public arenas are merged within an inhabitable cladding, protecting the fragile purpose of the building. 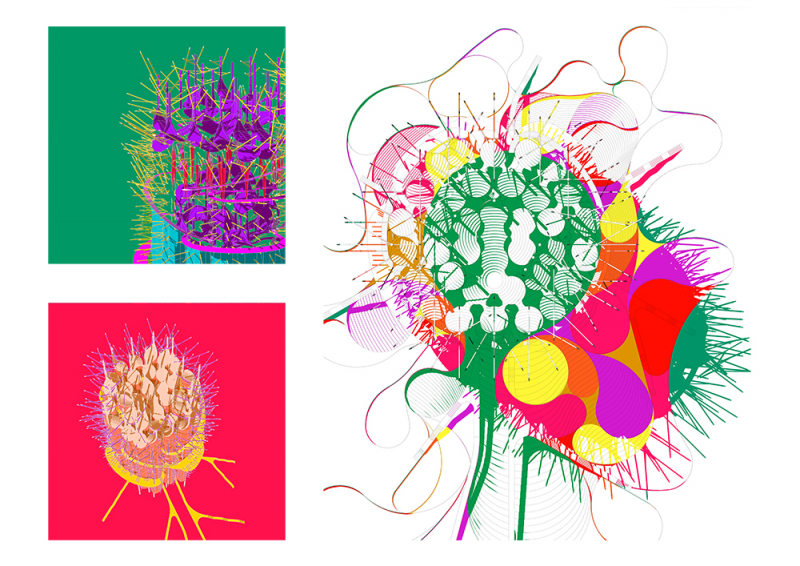 Burkina Faso means “Land of Free Man” in Moorè, but for the past 30 years the country was under a strict military regime. Politicians formed a sterile opposition, civilians had no role. A democratic process has now begun and the activists of Le Balai Citoyen meet the Dolotières – women in charge of the dolo brewing ritual – to create a communal arena, where production and consumption of beer supports political emancipation. The Assembly arises in Place de La Revolution, next to the French tower of the BCEAO bank. This assembly is a different bank, where grain, beer and political utopias are stored.

“ Public space ceases to be mechanically associated with emptiness (as opposed to the built-up urban fabric), or with free and universal access, and becomes the space for a collision between dominant cultures and new practices that are attempting to discuss them. [...] In many cases this ‘publicness’ is generated not only by a series of activities or rituals but by the meaningful use of certain features – language, ornamentation, materiality, iconography, the role of the objects – which evokes the beliefs or values that are shared among the group. Consequently, these are not universal and generic, but aesthetically and culturally grounded spaces. [...] The aim is to produce new models of beauty adequate to this condition, that may seem ugly, exaggerated or inappropriate because they do not find stylistic references or known patterns to refer to. ” C.D.Moreno, E.G.Grinda, B.Reynolds, Dip5, AA The architecture of this Assembly in Ouagadougou is indeed defined with the precise aim to find an unexpected form of beauty. This monster is an accumulation of functional silos, whose absence carves out different public arenas. A market, a crypt and a tribune treated as a vertically fragmented big exterior, while the silos – alternatively tangent or joint – form various continuous spaces to host the brewing facilities. The compound is protected within an inhabitable cladding shaped by rings of cantilevered wooden sticks, hint to the animalistic costumes used by the people in certain African religious rituals. The sticks stabilize the lateral forces in the silos, producing a fragile mass and – through the possibility of hanging different pieces and fabrics – a direct public involvement between people and architecture. The resulting language is a clash between contemporary sophisticated techniques and tribal animistic instances, essential to conceive and celebrate a raised political brewery – run by women – in such a context. 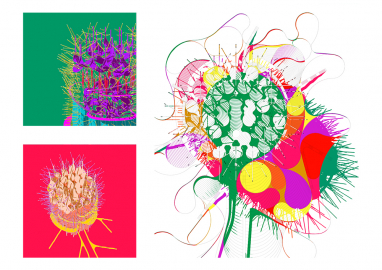 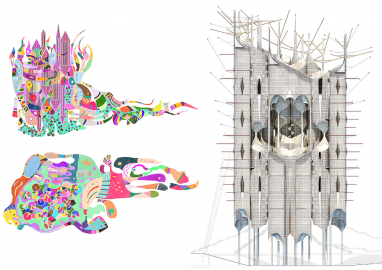 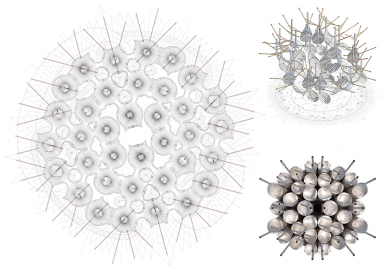 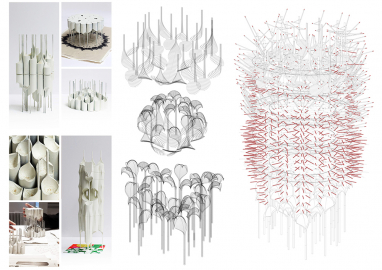 Arenas, vaults and inhabitable cladding: what's left of a silo? 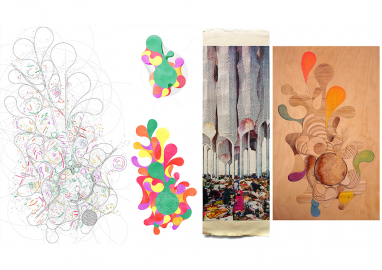 A Market as the Ground: Informality and Appropriation. 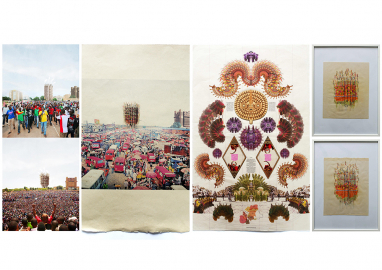 Protecting the political brewery with a fragile mass: a democratic achievement celebrated through architecture. 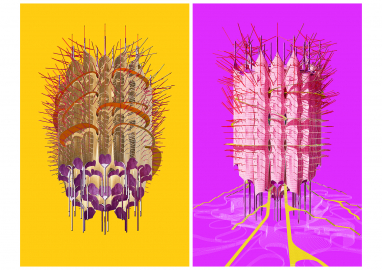