Living in a cultural environment

The aim of this project is to create a cultural and social space, becoming a new meeting point not only for the neighbourhood, but also for the city. This new design solves the lack of facilities and artistic residency in the surroundings, keeping the essence of the traditional culture. 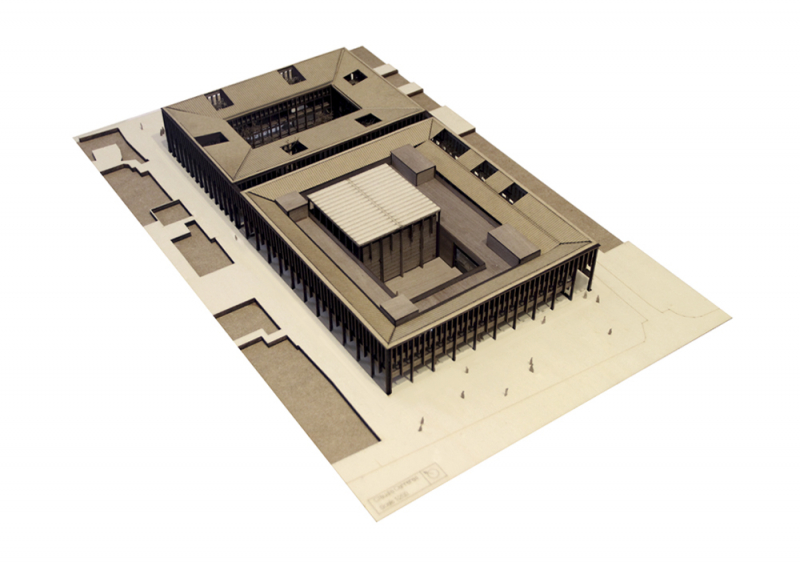 My University gave me the opportunity to work far away from my hometown. So, I took it as a chance to develop a project understanding another culture and architectural traditional style. In China they have lived a period of social claims against this massive way of constructing. So, the government issued a conservation plan for some parts of the city. My solar is located in one of these areas of conservation of lower buildings. The site is near a main street of Nanjing, so it will help to reconnect it to the rest of the city.

China has a huge cultural background and rich heritage, but nowadays there is a need to update the importance of some spaces, not only taking care of the aspect of the traditional buildings, but also for the essence and the atmosphere of other ones. Hutongs are traditional streets that are disappearing for the massive amount of new skyscrapers. There is no relation between this new towers and the street level. To establish my design in the surroundings I kept in mind different factors. For instance, the hierarchy of public spaces, the dialogue between the existing facades and the ones that I’m designing and the location of the main accesses far from the main street to have some distance from the chaotically circulation of the city. Understanding the high variety of thresholds of the city made me realise that the urban structure was created by a ring pattern repeated all around, even in the housing scale. The traditional scheme has a main courtyard in the middle that helps organize all the rooms with hierarchy. Thereby, there is always a relation between indoors and outdoors. I took two main courtyards as a tool to reconnect and reactivate this interesting place of the neighbourhood following the ring urban structure. There is a lack of facilities and public meeting places in the surroundings, so I created a new point of interest opened to the inhabitants who are living close by and for the whole city, generating a new center of social interaction. 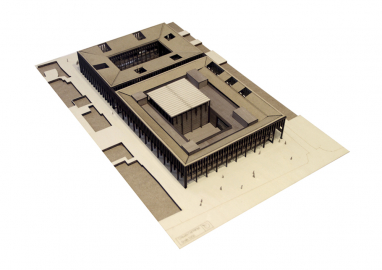 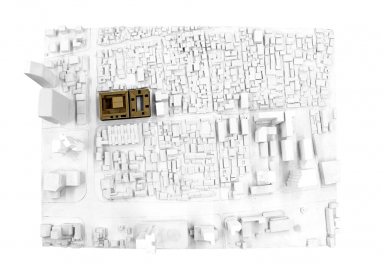 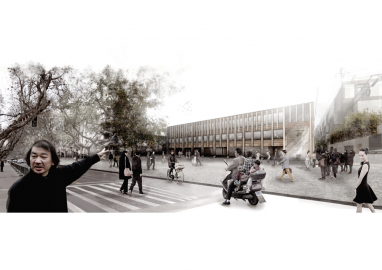 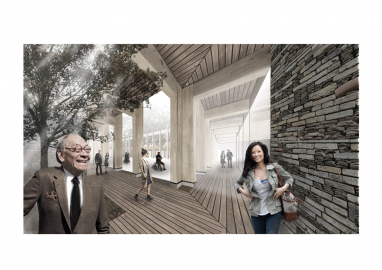 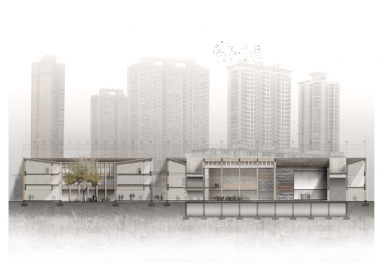 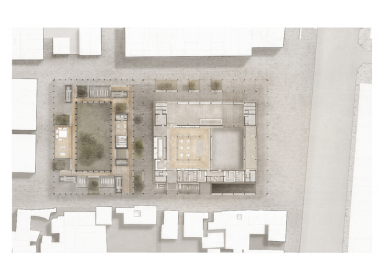