-Updating a village with traces of the earth and structure

This is a proposal for renovation of artificial earth and landscape on the graded land. Since ancient times, the earth and architecture have been inseparable. However, after modernization, the land was covered with innumerable structures, and landslides and water floods born. In response to this, we design a new style of the artificial earth. 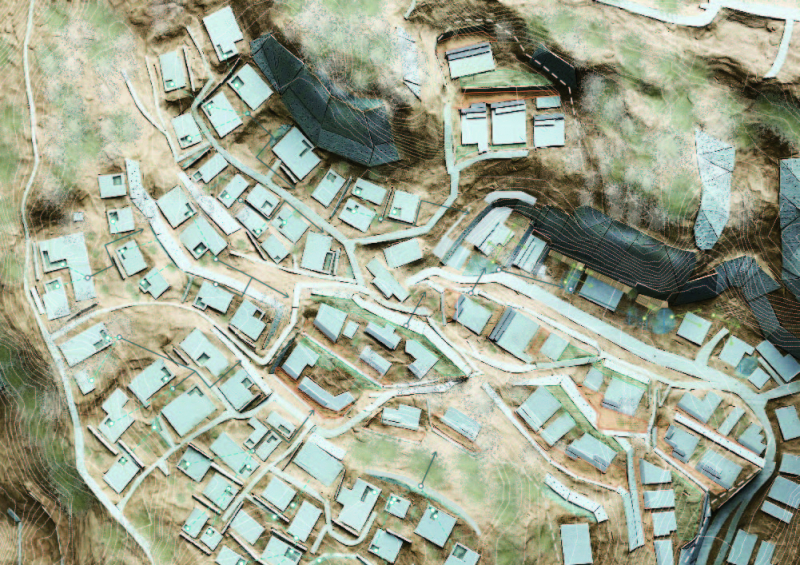 We have lived on the earth. As seen in ancient villages, the earth and the architecture had inseparable relationships, built to harmonize with nature. However, as the word of Anthropocene, with the modernization, the construction of the building mainly on the slopes covers the earth and changes into a form to control nature. At Shioiri in JAPAN where is the target site, the valley has been cut soil rapidly since the opening of the port. The city was covered with artificial materials such as concrete and separated from nature. It also caused sediment-related disasters and water floods. A new earth style that is compatible with nature has been sought in this area.

▫️Propose This is a proposal for renovation of artificial earth and landscape on graded land. It is to balance the relationship between the earth and structure, and to think about how to build architecture. After the Great East Japan Earthquake , we realized that we live on the nature again. We should design the city with consideration for civil engineering, architecture and nature. In this proposal, using the traces of the architectural foundations and retaining walls in steep village, we make gentle terrain and a sustainable living. Renovating the relationship between the earth and the structure creates a new style of the artificial earth connecting each other. ▫️site The site is YATO in SHIOIRI . YATO is a valley-shaped topography formed by eroding the hilly area . This site has an altitude difference of about 50 m. In addition, It is covered with artificial objects and people are forced to live separated from nature. It is also an area where landslides and inland floods are occurring. And, the area is dotted with small wooden buildings. While maintaining them, it is aimed to update how the architecture built. ▫️method 01_Designing the whole from the part When to think about updating the artificial earth. First step is to update the structure that covers the ground. Next, updating the architecture, then update the block, and finally updating “YATO” is completed. This is how to update the city by using the existing objects, which it is different from redevelopment. 02_Classifying the terrain characteristics into three groups . The terrain characteristics is classified into three groups from the angle and elevation of the site. In the top of YATO , we build small water garden from the existing structure like retaining wall. It follows the previous landscape, they live with the reservoir. In the middle of YATO, we receive the water flowing from the top , and flows it slowly to the bottom. Thus, we conduct land elevation work, and build the water retaining soil between the retaining wall and the building. In the bottom of YATO, Using the water from the top, we collect rainwater efficiently. And, That prevents flooding . 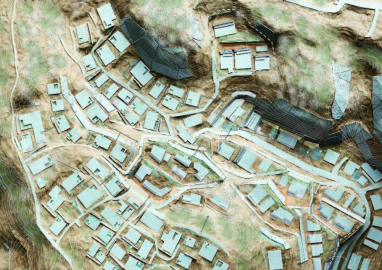 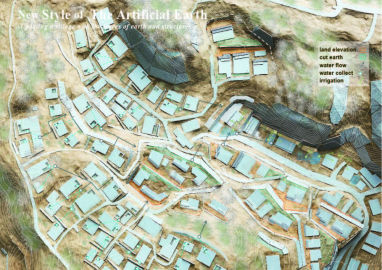 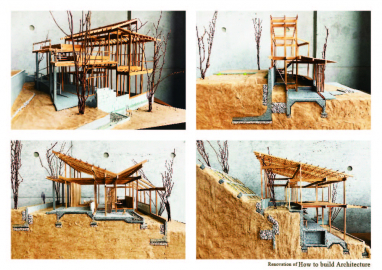 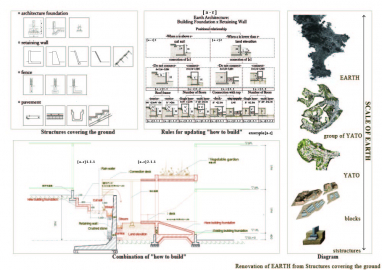 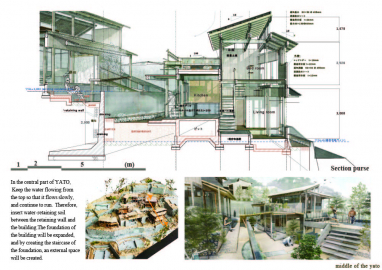 middle of the YATO 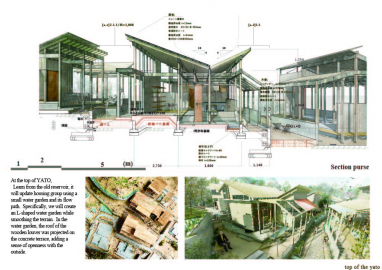 top of the YATO 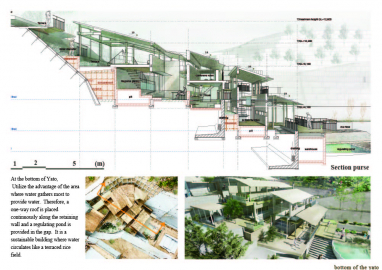 bottom of the YATO