Connecting the Past and Present Values

Find and maximize the meaning of the value of the old from a modern point of view. In other words, we must find new values that exist in the layers of time from a modern perspective. The Yulgokno project was the tragic end of Changgyeonggung Palace and Jongmyo Shrine, which had forgotten stories. What should happen to the restoration project ? 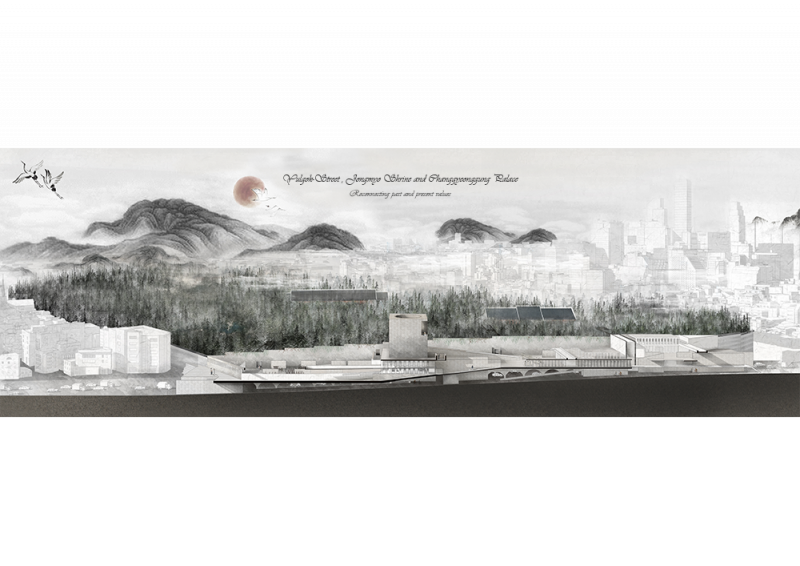 The key to restoring the two cultural assets is "connections". The new Yulgok-ro road axis is the value of modern times, and the Palace and Shrine, which existed on a single land in the past, are vertical. In addition, traces of boundaries exist in time, including ruined wall and gate, and bridges. This overlaps the existing 1930 map with the current situation of the land. The architectural method of the "connections" is the bridge and the underground connection passage. These act as a "Boundary" to create multiple areas on a long 300m site. Based on the boundaries of the old walls, solemn Jongmyo Shrine and Changgyeonggung Palace's areas are divided to select programs of different personalities.

The Yulgokro project was an attempt at how to view the past from a modern point of view. Yulgokro is street, but the road contains various things. traces of the past and present and new stories A long area of 300 meters is filled with various things. In modern cities, old cultural assets exist in the nature of everyday life. As modernization accelerates, the nature of everyday life will get worse, and cultural assets should be melted into our daily lives. In other words, the core of the Yulgok-ro project is to amplify it and stimulate people's awareness of cultural assets, using perhaps the sad past stories of cultural assets. The architectural style of the method will vary. It is common for Korea's historical restoration to restore the original form of the old days. However, it is fake and cannot make people feel the value of existing cultural assets except tourism. The method of historical restoration should be carefully considered, and the method of critical restoration is most appropriate for Yulgok-ro. To cover the lost land with soil again is to cover the history of the past. Don't hide the wound but reveal it. And perceive the wound as a space rather than a boring program full of text. But there are things that need to be observed. Yulgok-ro cannot have a tall building because existing cultural assets should be respected. However, architectural gestures are needed through cores similar to those of Changgyeonggung Palace and Jongmyo Shrine for co-prosperity through disparate things. Although Changgyeonggung Palace and Jongmyo Shrine are subtly matched, heterogeneity will grow as you approach Yulgok-ro. In other words, heterogeneity, harmony, and co-prosperity are similar to those of modern cities and can be contained in Yulgok-ro. 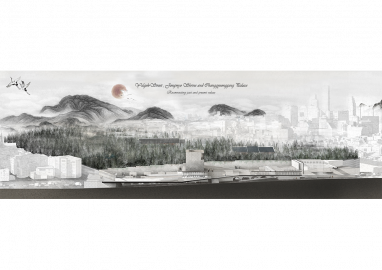 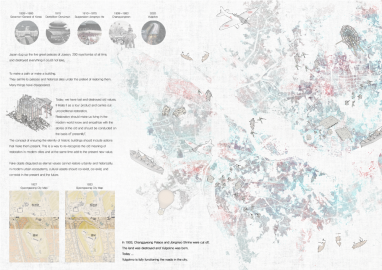 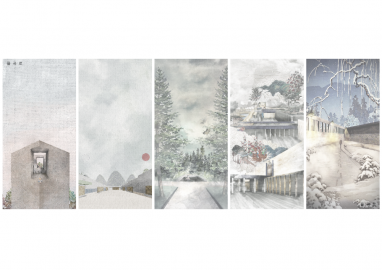 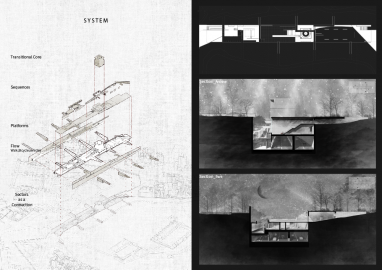 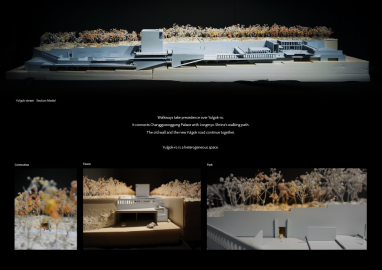 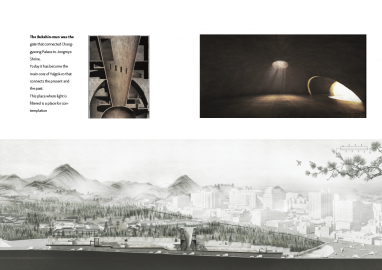