A Ritual Tour on Merapi volcano

Creating vulnerable architectural forms on purpose is equal with meaninglessness that is not on the palette of western architectural thinking. Over a utopian imaginary project on an active volcano in Indonesia, I attempted to observe the existence of the remains —by means of time— from the perspective of the future mankind. 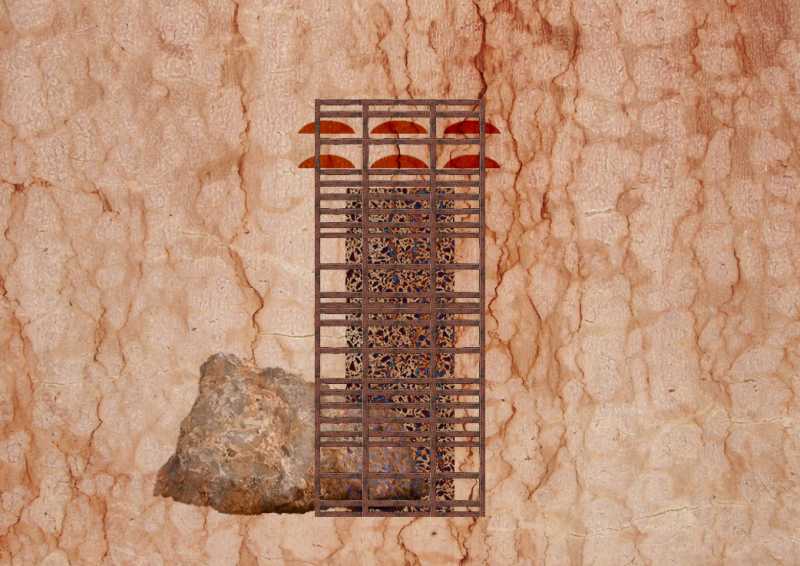 The aim of this project is to provide a critical viewpoint through discussing the problem of East and West, focusing on the presence of traditions in the modernized world. Through a case study of Merapi, an active volcano in Indonesia, we can learn about global correlation: local myths and belief systems crash with political interests and modernization. For instance, the local vernacular architecture —which is transient and submissive— and the colonial western ones live next to each other, showing the incompatibility of merging together. The biggest issues are the following: what can a “westerner” do in a postcolonial situation and what are its limitations? What do devastation and remnants mean to us?

The city of Pompeii with its remains have lived through centuries as part of the western history. The landmarks created by volcanic eruptions can be considered as cultural phenomena. Remnants are not designable, yet the substance that we want to keep for the future man can be conceptualized by imagining the destruction of different materials due to their characteristics. This project illustrates thoughts about culture, remembrance and nature through stations of a ritual hiking tour on an active volcano. The architectural character is a result of a careful attitude to the remains of colonialism and reverence to the local traditional environment. Staying neutral in terms of forms, yet using symbolic and physical elements of the Javanese and Hindu culture was a principal part of the design process. Visiting an active volcano is a spiritual journey. The architectural forms accompany us on the road and support our inner approach. Process is a principal motive in the concept: the loss of functionality, the transformation of forms, the observation of natural forces, and the matter of the remains. All these phenomena attempt to show the distance that man has created between him and nature. The first base that takes place at the last inhabited area embodies the “west”, as the secure and civilized environment. However, the following sites are less and less adequate from this perspective, but increasingly more symbolic in terms of tradition and myth. Through the way the architectural forms deplete to a skeletonized monolith stone. At the final site architecture is irrelevant, because the natural force of the volcano is incomparably stronger than anything else. The architectural purpose disappears and sculptures come into place that change its iron forms within a dialog with the volcano’s hot lava, pyroclastic flow and steam. These ephemeral time and space dimensions here represent the mythology that’s rooted in the instinctive relationship of human and nature. Some materials will survive and stay as memorials, yet some disappear or alter by time. The remain becomes the final creation of the entire discussion. 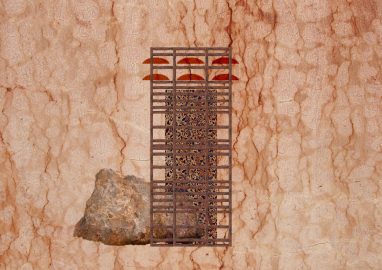 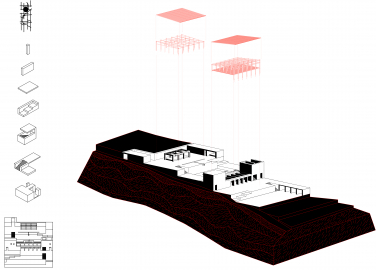 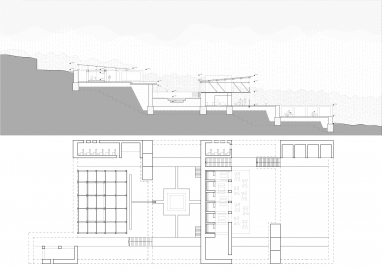 section and masterplan of the basecamp 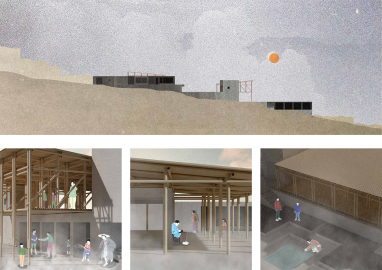 visualisation of the basecamp 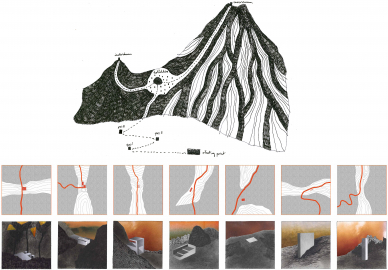 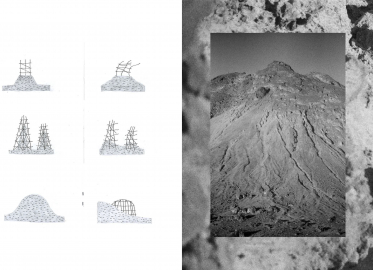 matter of the remains

Moholy-Nagy University of Art and Design