Where do boats lay to rest?

Sea cemetery for the fishermen of Puerto gala.

The architecture of this project is nothing more than the drawing of the Chilean funeral rite on the inland seas of the community of Puerto gala, and the architectural elements that constitute this project are only a wrapper of comfort and logistics that serves as a support for its celebration. 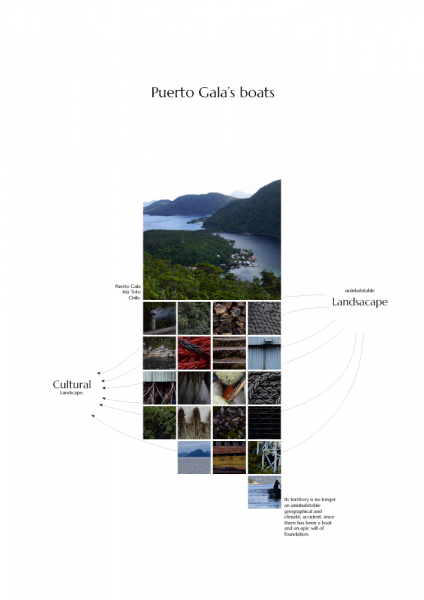 The isolation is a recurring theme in Chilean public policies due to the particular shape and extent of the territory, with significant geographical features. The Andes mountain chain, coastal plains, the dessert, archipelagos, glaciers, Patagonia, and several other environmental systems, make Chile a place where inhabit the territory inevitably produces isolation. Given this distance and level of isolation, Puerto Gala has the unconventional problem of the infeasibility to carry out burials and funeral processes inside of his territory due to their geology and geographical position. A problem that today interrupts the social development of the most isolated community in the country.

Pascuero arrived at the archipelago of Puerto Gala in 1984, paddling from Easter Island to the Aysén coastline. As every good fisherman, he brought, in a single boat, his life and family on his shoulders. In a quest for the best fishing campaign: the opportunity to start again with his wife and daughters. Thirty years passed from those first nights at the open sea; the plastic tents transformed into zinc plates, the bonfires in salamander kitchens, the campaigns in fisherman’s communities, the trails on wooden walkways and four islands in a single town, Puerto Gala. Today and for the first time, the town is facing its mortality. Puerto Gala has aged more than mortals usually do, and the time has come to transform what was life into history. However, due to the geography of the archipelago, essential chapters of the community like Pascuero’s life rest in Coyhaique. This project, to give a place for their stories, proposes a cemetery in the inner sea of the archipelago reinterpreting the funeral rite in its five stages; the procession, the funeral ceremony, the burial, the testimony and the reunion where the fishing boat, an omnipresent witness of the history of Puerto Gala, is the protagonist. 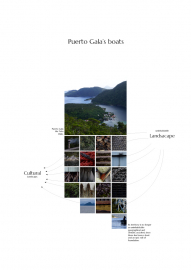 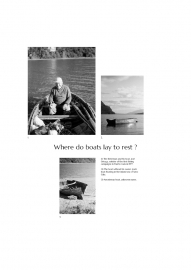 Where do boats lay to rest? 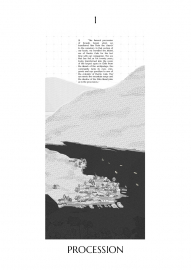 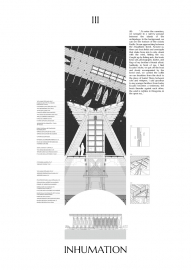 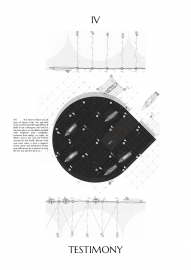 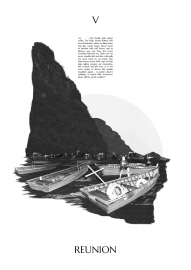