This graphic essay debates mapping the dual character of the City in its superimposed depiction as both a product – Spectacle-City – and as human manifestation – Appropriated City – in the context of Curitiba, Brazil. The work consists in depicting space as a mapping process which proposes spatial narratives through the juxtaposition of conflict. 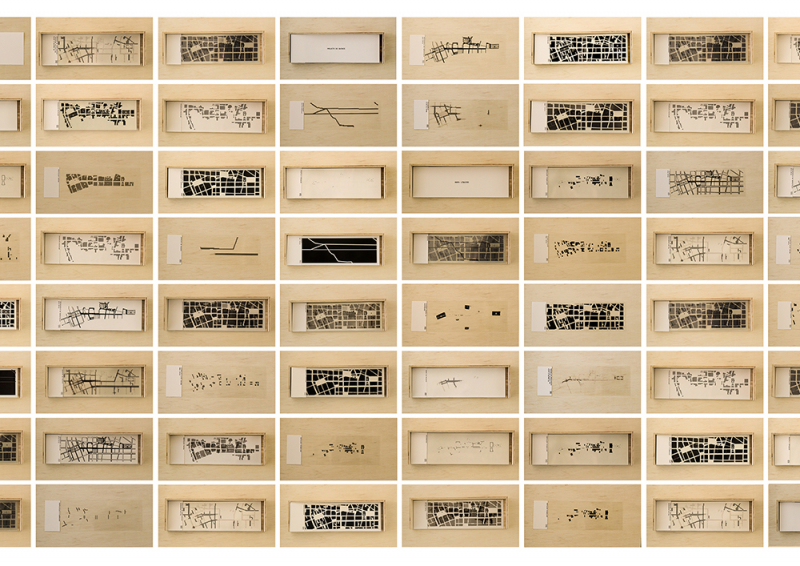 The coexistence of appropriation and spectacle is evident in Curitiba – known by its image of a model-city – particularly in its central Rua XV, a site defined by an open potential for appropriation as well as by a broadcasted superficial image of its objects. This dualism could be translated into specific mapping strategies: the first one, present in tourist maps, is to promote a positive caricature of the urban realm; the second one, like in situationist maps, is to foster human appropriation as a means of producing space. To avoid the use of merely objective mapping, the approach consists instead in juxtaposing, within the realm of the map, both conflicted representations.

The mapping strategy was developed to equate the duality between the spectacle city and the appropriated city. The proposal aims, through juxtaposition, to confront two maps - the touristic/imagistic map and the appropriation map- and subsequently pervert both representations by interpreting one in the light of the other. The proposal starts from an extensive inventory of the territory of Rua XV de Novembro carried out over a period of one year – put together through successive cataloging of layers, elements and parts of the same object. Then, fragments and elements that best identify the studied section – even when out of context - were gathered. From this reading, an urban notation is proposed to represent the essential variables of these elements, from the perspective of both caricature and appropriation. With the construction of subverted narratives based on their recombination, potential scenarios were identified in order to finally bring them to their limit through catastrophes. The representation of this duality based on the dialogue between conflicting representations of the city allows the foresight of new appropriation narratives based on the spectacle, on one hand, and the deconstruction of ideals of appropriation only directed to image, on the other. By approaching the map as a dialectical tool for exploration and comparison of conflict, it can be understood not only as a critical transcript of the City but also as a medium for debate and experimentations. Afterall, it is sometimes necessary to blur the representation of the city in order to see it more clearly. 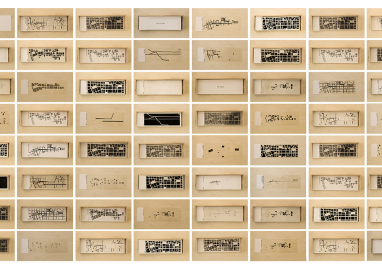 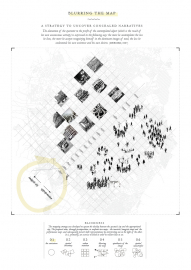 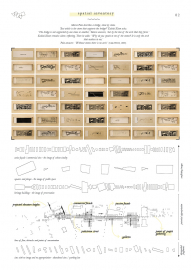 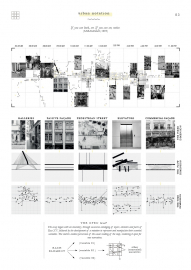 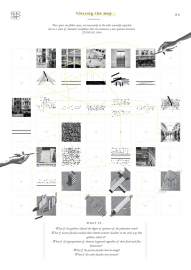 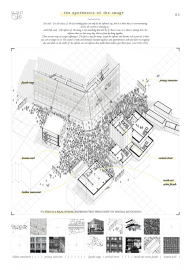 05_the apotheosis of the image 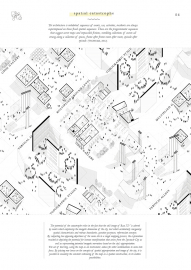 School of Architecture and Urban Planning