Twelve anonymous buildings merged with the mass of constructions of the campus. This project gives a crown to each of these banal buildings, offering them a "face" to overlook the city. With this reuse and extension program, the building site is free from any construction and thus becomes a public park. 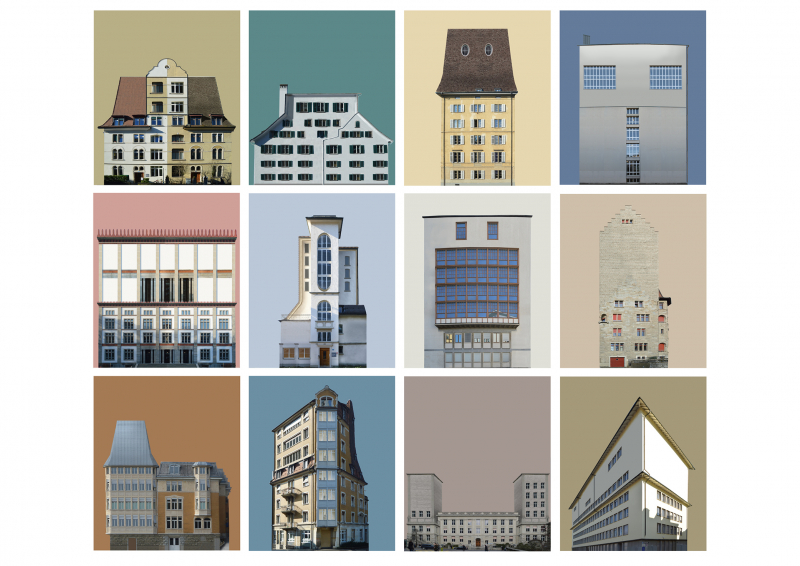 The university campus consists of a collection of the most important buildings built in Switzerland since 1850. The district has grown step by step through the juxtaposition of small villas, medium-sized school buildings and large university buildings. The main edifices known as “die Stadtkrone” (the city crown) line up on the edge of a hill. They characterize the city silhouette and represent an open and democratic society. The Master's thesis task consists in designing a 20'000m2 new building for the Zurich university on a site located next to the oldest and most representative main edifices. It is also asked to look at the district as a whole and develop an urban planning vision for a longer time horizon.

The challenge of the Master's thesis is to fit the new building into the row of city crown's iconic buildings. However, this project doesn't aim to enter in competition with its prominent neighbors. The response of this project is to scatter and fragment the given program around the university campus. Instead of one large building containing the whole program, the latter is divided in twelve interventions that enhance and reuse twelve existing buildings. Consequently, the city crown is shared by the twelve buildings all part of the University of Zurich, granting them more legitimacy. These twelve anonymous and insignificant campus' buildings are given a crown offering them a "face" to overlook the city. Through this densification process, the campus becomes more lively. Additionally, the proposed site for the thesis is the core of the project and is kept free from any building. In fact, it is one of the most privileged places of the campus. It enjoys a good position and an amazing view over the city. The idea is to make a public space, accessible to everyone instead of constructing a building that only a few privileged people would benefit from. It is thought as a wide open space composed of a large stretch of grass surrounded by the existing trees. This flexible area remains available for any kind of events. It is meant to be as neutral as possible and thus is completely flat, representing in itself “an open and democratic society”. 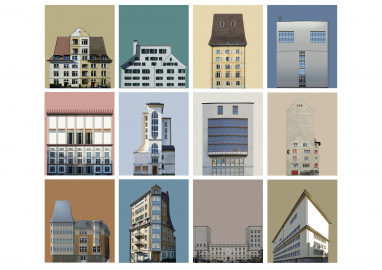 The site and the Twelve Crowns in the University campus 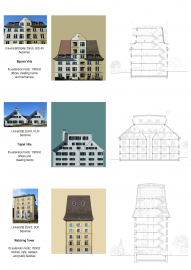 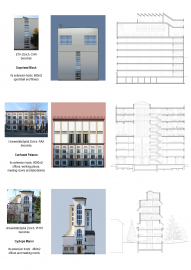 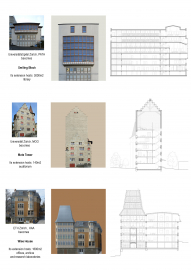 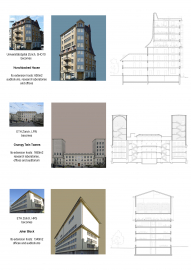 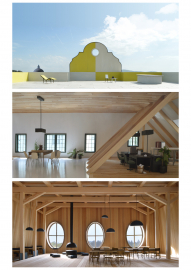