The building as an articulator at the various levels in the city of tokyo.

The case study of Hammatsucho.

The proposal is meant to have an importance over the various acting scales in the city, creating an impact not only in Hamamatsucho but also in Tokyo and in its metropolitan dynamic with the concern of turning Hamamatsucho into something more than a way-point. 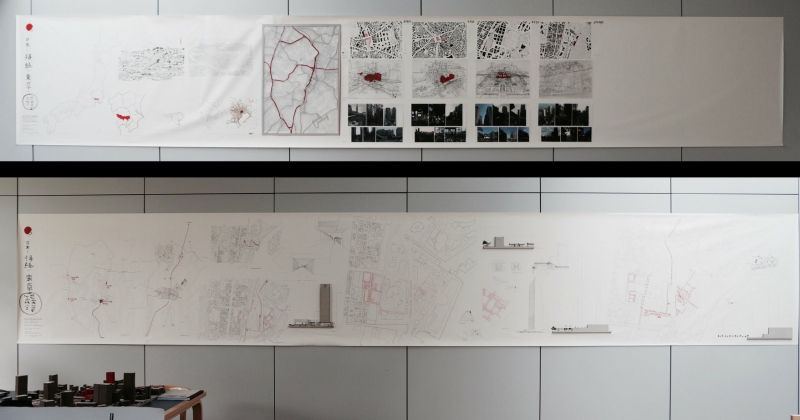 Hamamatsucho is elected as the Project area for its location on the Yamanote Line, which defines the heart of Tokyo and connects to all the major points of interest - other than it being the final station of the MonoRail - that connect to the Haneda airport and also make the connection to the Tokyo Bay by train or by boat. The main problem Hamamatsucho faces is that these means, these complexities were not explored, therefore making Hamamatsuchos presence go unnoticed on the Yamanote Line and, consequentially, in the city of Tokyo..

The design strategies are divided into three main approaches: Hamamatsucho as Tokyo’s ‘Tori Gate’, a set of premises has been defined to make the project zone a new entrance to Tokyo. The aim was to take advantage of its strategic positioning, within the metropolis that allows connecting Haneda airport to the Yamanote line and simultaneously creating new infrastructures and functions that make it possible to stay in place and, thus, to mark Hamamatsucho in the heart of the city. The Hamamatsucho connecting route, a route was designed with the station as anchor, aiming to unite different points of the surrounding area of ​​Hamamatsucho. The new element concretizes the connection of the place itself, with the city and with the world. The route stands out above the ground level, thinking about the aggregation of functional mobility points, such as the railway station and the port terminal, while at the same time adding existing and quite diverse urban fabrics. It appropriates voids providing them with qualified public space, commercial, residential, business and leisure areas, thus creating new ways of staying in Hamamatsucho, bringing a new dynamic to the area. The building as a mediator of scales and levels - Through the main building of the station it was sought to constitute an aggregating element between different levels of spatial and functional appropriation. Thus, the station building is developed from the upper level of the train lines, where it embraces them and establishes connections both to the ground floor and to the lower floors where buses, metro lines can be accessed, and to a higher level where connects with the route and all its new uses. 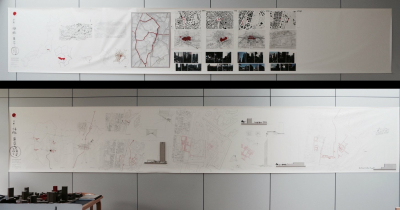 This picture represents the original presentation of my work, two big panels with 1x6m each one, where I draw by hand all the purpose and analyses that I did. The big white square was to pass the video that I send below. 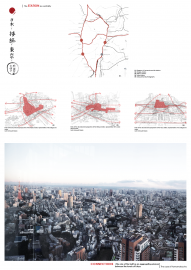 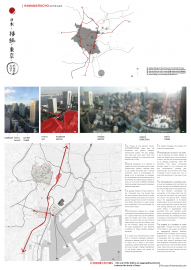 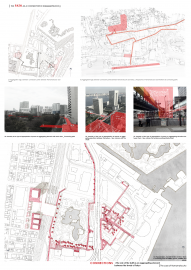 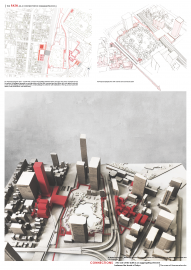 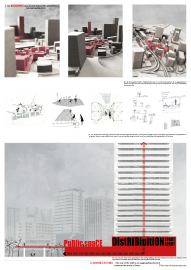