A Isle on a Hill In Oporto

Rehabilitation of the three "ilhas" of fontaínhas 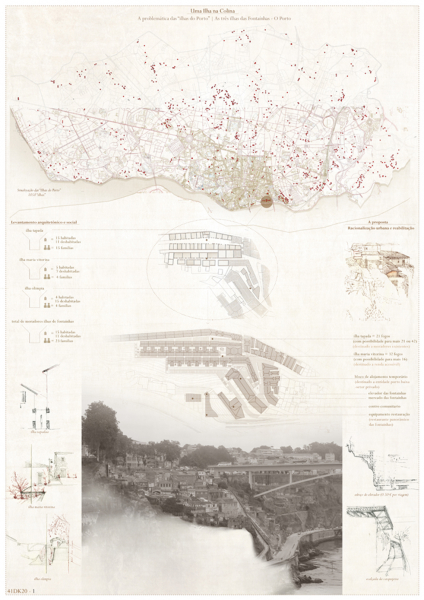 This sets of mass with significant presence in the urban mesh of the city are a result of the constructions built during the industrial development of the city.

Known as working quarters where people were housed at, this masses started to invade Oporto’s city on a greater scale from the 19th century forward/onward, in order to improve living conditions for those who were looking to work at the industries. Nowadays, this working quarters are invisible spaces within the city that go unnoticed to any passersby due to its implementation inside the city blocks. However, people who still live in this spaces revealed strong community ties and also a strong feeling of neighborhood through the help and feelings shared between them and wihtin the space. Therefor, this strong feeling of neighborhood and the appropriation of collective spaces, much more emotional rather than racional, where a simple pair of chairs and a table placed on the outside can turn its public space (the distributive corridor) into na exterior dinning área. This is also the case of the ilhas from the Fontaínhas neighborhood, the place chosen as the intervention site for the present work. These three ilhas were established in support of the ceramic factory that was once there. A factory that nowadays is no more than ruins. The three ilhas are named as Ilha da Tapada, Ilha Maria Vitorina and Ilha Olimpia. Together they land on top of the Fontainhas Hill. This riverside site of Oporto can be found, nowadays, in a devolute state, where most houses of the ilha typology are in a severe degradation state, presenting salubrity problems and few living conditions. This territory, which overlooks the Douro river presents severe urban planning and architectural issues, in which this paper intends to study in order to develop solutions capable of regenerating and revitalize a degraded area of this city; to qualify the urban space and offer continuity and coherence to this riverside area; to rehabilitate the precarious state of the remaining buildings and return them to their original inhabitants, also creating more affordable housing conditions, striking the lack of dwellings in such dignifying sites. 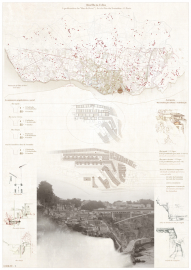 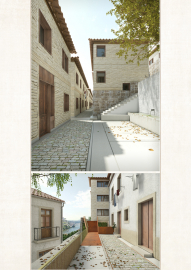 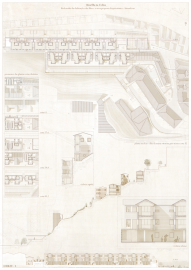 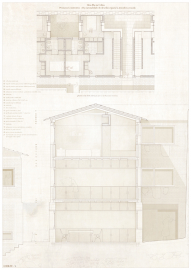 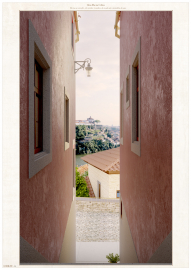 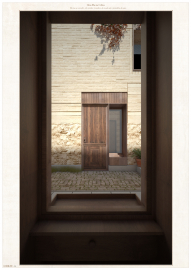