A TRAIL OF COLD WAR

The architecture emerges as an integrative element of the landscape capable of reviving places and equally ensuring them a future. Consequently, a project named “A trail of cold war” (“Um troço de guerra fria”), that addressed the appreciation of the mining industrial patrimony of Regoufe and Rio de Frades complexes, was conceived. 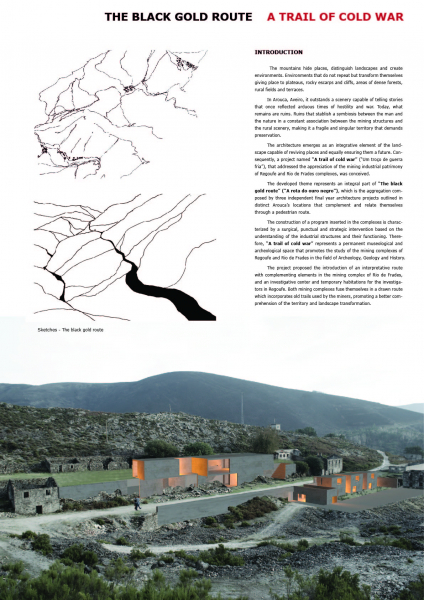 The mountains hide places, distinguish landscapes and create environments. Environments that do not repeat but transform themselves giving place to plateaus, rocky escarps and cliffs, areas of dense forests, rural fields and terraces. In Arouca, Aveiro, it outstands a scenery capable of telling stories that once reflected arduous times of hostility and war. Today, what remains are ruins. Ruins that stablish a symbiosis between the man and the nature in a constant association between the mining structures and the rural scenery, making it a fragile and singular territory that demands preservation.

The construction of a program inserted in the complexes is characterized by a surgical, punctual and strategic intervention based on the understanding of the industrial structures and their functioning. Therefore, “A trail of cold war” represents a permanent museological and archeological space that promotes the study of the mining complexes of Regoufe and Rio de Frades in the field of Archeology, Geology and History. The project proposed the introduction of an interpretative route with complementing elements in the mining complex of Rio de Frades, and an investigative center and temporary habitations for the investigators in Regoufe. Both mining complexes fuse themselves in a drawn route which incorporates old trails used by the miners, promoting a better comprehension of the territory and landscape transformation. 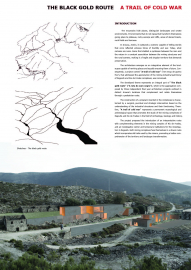 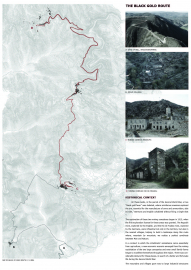 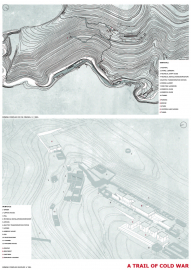 A TRAIL OF COLD WAR 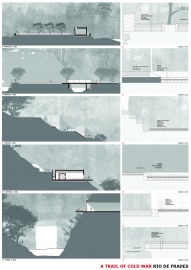 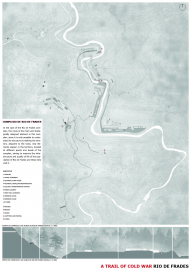 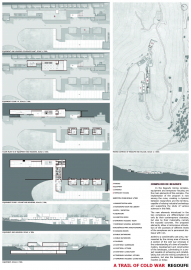 A TRAIL OF COLD WAR - REGOUFE 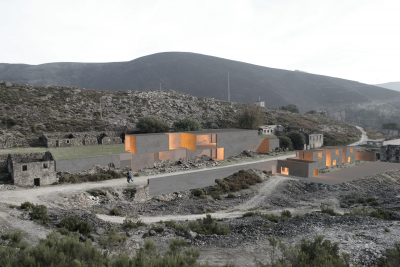