THE JOURNEY OF A PROJECT

A Ruin, A Winery Center

This is the journey of a project. A project in Vila Boa de Quires, Marco de Canaveses. The transformation of a building (now ruin), that never came to be completed or totally defined, known as “Obras do Fidalgo”. A main façade of a Baroque palace, dated from the 18th century, which is now in dialogue with the establishment of a Winery Center. 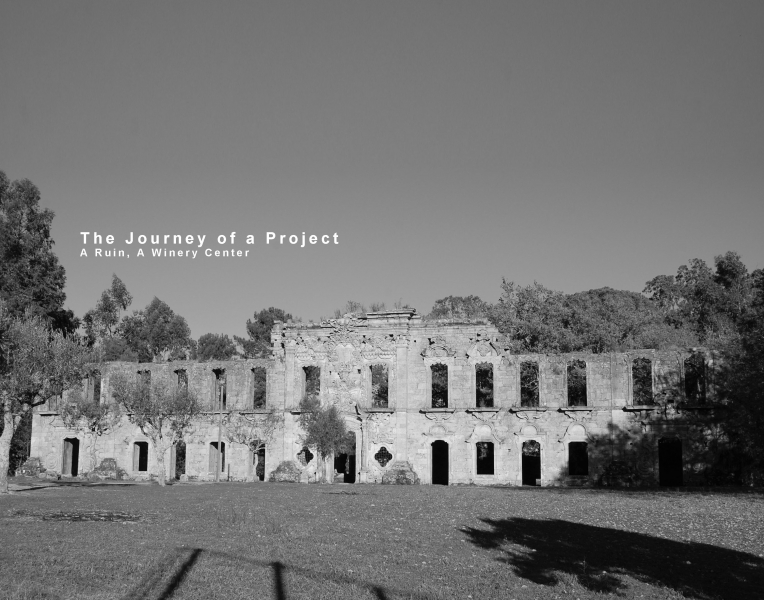 “An object is all the more exposed the greater the void around it.” Dating back to the mid-18th century, the imposing façade of the “Unfinished House of Vila Boa de Quires“, or more commonly “Obras do Fidalgo”, demonstrates the grandeur intended by António de Vasconcelos Carvalho e Menezes, when building what would be a palace of housing of great magnificence, which makes up 65.80m of main elevation. Unfinished, never finished and vacant.

“The expression“ organizing space ”, on a man's scale, has a different meaning for us than the expression“ occupying space ”could have, for example. We see in the word «to organize» a desire, a manifestation of will, a meaning, that the word «occupy» does not have and hence we use the expression «organization of space» always assuming that behind it is man to be intelligent and artist for nature…" Outside, it is intended to make it clear that spaces must be regular and controlled, in order to create fluent paths that lead the user into the building. Living areas, ruin viewing and socializing areas are used, in direct contact with both realities. The interior distribution is done axially, that is, the entrance is located in the center of the building and is made equally on all floors. Combining a total ceiling height, in the entire center of the building, with a constant view for the portion of ruin existing inside, so that all the spatiality is easily noticeable. The generic distribution of the constituents of the Viniculture Center, is done by the differentiation of floors, being that: on floor -1 (below the entrance level), there is the general warehouse to support the winery and a technical area; on the ground floor (entrance level), there are spaces for socializing and public use, as well as the museum area of ​​the cellar; on the 1st floor, there is a large free area, destined to exhibitions and events, and the space for the raw storage of products from the cellar; on the 2nd floor, the auditorium is located, with eighty seats, and a flat room of 100m2, which join the administration area; on the 3rd and last floor, we expect a wide technical area, combining the double ceilings of the flat room, the auditorium and the central distribution space of the building. On all floors, visual contact with the pre-existence is intended as a way to view the facade at various heights. 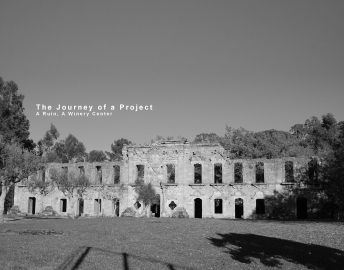 THE JORNEY OF A PROJECT_a ruin, a winery center 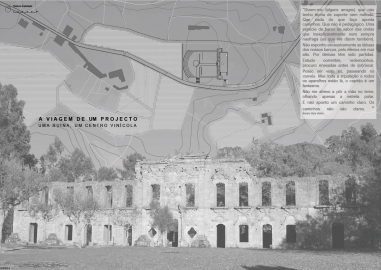 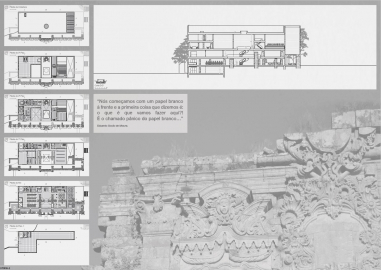 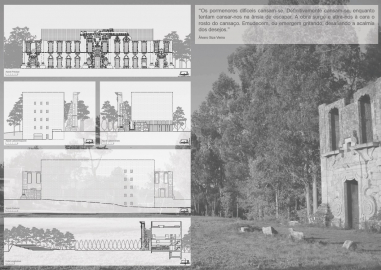 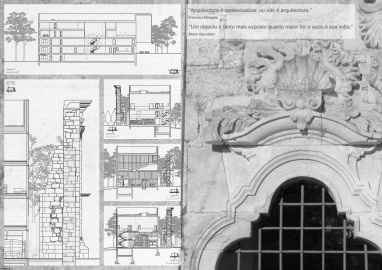 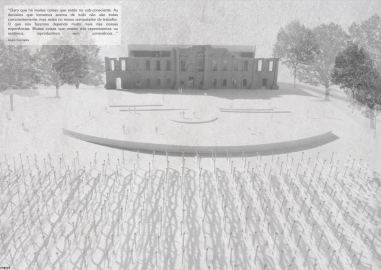 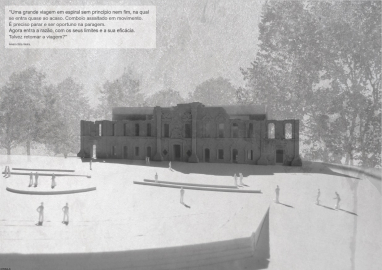